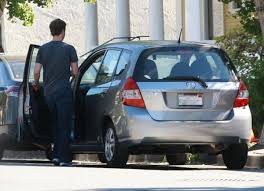 As the founder and one of the owners of Facebook, Mark Zuckerberg is extremely rich. It is pretty hard to find anyone that doesn’t know who this guy is, we are sure that about 2 billion people that are using social network he made are well aware who he is.

You will not see him visiting elite restaurants, he buys clothes available to pretty much all people and has only a few vehicles in his garage. This is quite strange as we know that celebrities and rich people love to spend their fortune on supercars and have multi-million dollar collections. Here is the list of cars that are owned by Mark Zuckerberg, CEO of Facebook.

Starting a car collection list of a billionaire with a Honda Fit might not be the best choice, but we had to start somewhere. Second in the lineup is the Pagani Huayra, a supercar that we love much more than the first vehicle on the list. This is definitely a crown jewel on the list, and we can say that it would be at that position for many people. Price of this machine is somewhere between $1.4 and $2 million, and it can compete with other supercars on the market including models from Ferrari, Bugatti, Aston Martin, etc. This supercar is powered by 6.0-liter high revving engine with 720 hp.

If you are like Zuckerberg, then you don’t want to attract all that much attention while on the road. He chooses to drive Acura TSX that comes with a 2.4-liter 4-cylinder engine that transfers power to wheels through a five-speed transmission. These are again modest figures and are enough for a top speed of 137 mph.

Infiniti G Sedan is a great car and offers a decent level of comfort and luxury, but that is far from what a billionaire should have. Under the hood is the 3.7-liter powerplant that churns out 328 hp and we can only say that with the amount of money that he has, we would expect to see something with a lot more power and top of the line luxury.

Even when fully loaded with all the options available you would not consider the Volkswagen Golf GTI MK6 to be the luxury vehicle. It can sprint from 0 to 60 mph in about 6.9 seconds which is decent and can reach a top speed of 238 km/h or 148 mph, but still, it is far from fast. One thing is quite interesting, even the German company was surprised with the fact that Zuckerberg decided to buy this vehicle, on the other hand, it only costs about $30,000 making it a good purchase.

Honda Fit is not a car you would expect to see in billionaire garage, but Mark has one. This vehicle is offered with a small four-cylinder engine that produces 117 hp and is paired with a five-speed manual transmission. This is enough for a max speed of 118 mph and for most rich people it would be embarrassing to drive one of these, but not for Facebook CEO.
Leave a comment...