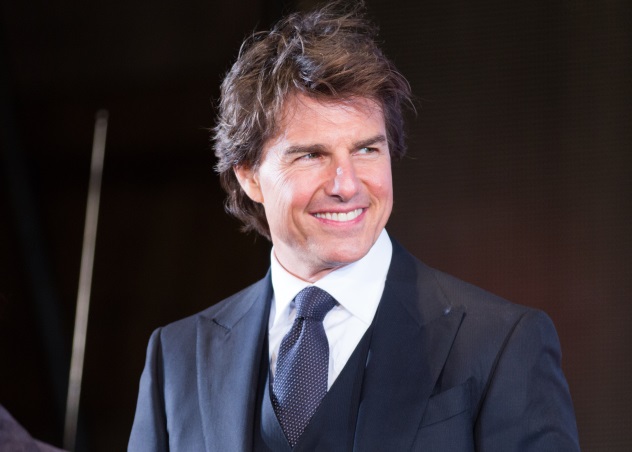 The Church of Scientology has become one of the most ridiculed religions since its launch in 1952. The religion was founded by American author L. Ron Hubbard. Scientologists are known to believe that the Earth is inhabited by alien “thetans,” which walk our world disguised as humans, and that the “auditing” process will clear the body of these thetans and the “mental implants” they impose on us all. It is also stated that humans evolved from clams.

That all sounds pretty nuts, right? Despite the ongoing criticism of Scientology, these following celebrities are all dedicated followers and have spoken out about their true devotion for the church.

Hollywood star John Travolta has been a follower of the Church of Scientology since 1975 and is one of their most high-profile members. Alongside his wife, Kelly Preston, he credits the church for standing beside them when they lost their son after he suffered a seizure at age 16.

Travolta said, “The church never left our sides for two years. I don’t know if I would have made it through without their support.” He added, “The truth is, I didn’t know if I was going to make it. Life was no longer interesting to me, so it took a lot to get me better.”

Grammy award-winning singer Beck was born into the Church of Scientology. He first acknowledged his affiliation with Scientology in 2005, when he stated, “It’s just something that I’ve been around. People in my family do it. I’ve read books, and I’ve learned about it.” His estranged wife is also a second-generation Scientologist.

Speaking in an interview about Scientology, Beck explained, “It’s definitely something that’s helped me. [ . . . ] I think the good done speaks for itself.” When asked about criticisms toward the church, he replied, “There’s that kind of intolerance which to me is kind of insidious, you know; you can make a judgment about something you don’t about. [ . . . ] They have one of the highest [drug treatment] success rates [ . . . ] and programs for criminals in prisons—it’s pretty staggering actually.”

Beck is known as a still-active member of the church. However, recent interviewers have since been forbidden to ask him questions regarding his religion.

Singer Issac Hayes won an Academy Award for Best Original Song for the “Theme from Shaft,” but most of his fans know him as the voice of Chef in the popular comedy South Park. After nine years in the role, Hayes quit the show when an episode mocked the Church of Scientology, of which he was a member.

Hayes said in a statement, “There is a place in this world for satire, but there is a time when satire ends, and intolerance and bigotry towards religious beliefs of others begins. As a civil rights activist, I cannot support a show that disrespects those beliefs and practices.”

Voice actress Nancy Cartwright—best known for bringing to life Bart Simpson on The Simpsons—is a devoted Scientologist and has been since 1991. In 2007, she was awarded Scientology’s Patron Laureate Award for donating $10 million to the church—twice her annual salary. Following the release of the scathing documentary Going Clear: Scientology and the Prison of Belief in 2015, Cartwright went public with her support for the church.