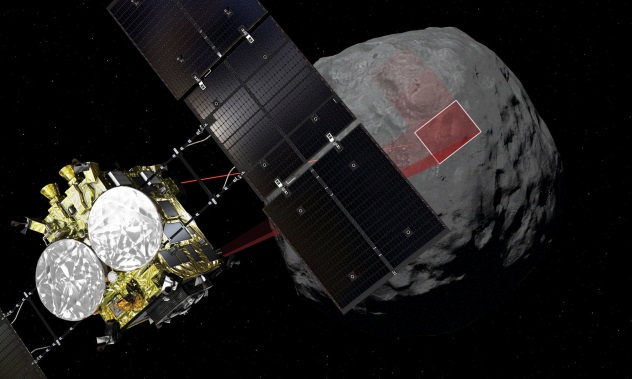 Astronomers across the globe have marveled at the first photographic evidence of a black hole. An unconventional in vitro fertilization (IVF) technique has come under fire from medical professionals.

Elsewhere, scientists from Japan have fired explosives at an asteroid, and in Germany, they have discovered a prehistoric molecule from the early years of universe. Setting aside the negative headlines—like the Israeli spacecraft that crash-landed on the Moon or the Indian missile test that might have endangered the International Space Station—here are some of the most fascinating breakthroughs to have made recent headlines.

Astronomers Have Bombed An Asteroid

A group of Japanese astronomers has decided to bomb the asteroid Ryugu, hoping it can answer some fundamental questions about the origins of life on Earth. A cone-shaped instrument known as a “small carry-on impact” was sent hurtling into the asteroid, where it blasted out a crater using a baseball-sized wad of copper explosives.

The device was fired from the Hayabusa 2 spacecraft—a pioneering exploration mission operated by the Japan Aerospace Exploration Agency. The spacecraft will head back to Ryugu at a later date to collect samples from beneath the asteroid’s surface that been uncovered in the blast.

Researchers predict there is a wealth of organic material and water from the birth of the solar system preserved underground in the asteroid. By analyzing the samples from Hayabusa 2, they hope to gain a clearer understanding of the early stages of the solar system and of life on Earth.

Can We Taste Smells?

It seems our tongues might be more capable than we originally realized. A research team from Philadelphia has suggested that receptor cells in the tongue are able to detect odors and smells. Their work is prompting experts to reassess whether taste and smell are combined by the brain alone or if there is some level of association between the two signals.

The group, whose findings were published in the journal Chemical Senses, began by experimenting on receptors in genetically modified mice. Following this, they moved onto cells in humans, which displayed similar properties to the mice and were found to respond to aromatic compounds.

For now, it is far too early to draw any concrete conclusion, but with further development, these ideas may be applied to persuade people to eat a healthier diet. Dr. Mehmet Hakan Ozdener, a specialist at the Monell Chemical Senses Center, has suggested that mildly altering the scent of some foods could reduce sugar intake.

Molecule Detected From The ‘Dawn Of Chemistry’

After decades of scouring the cosmos, experts have successfully detected the compound helium hydride, thought to be the first molecule formed in the history of the universe. Due to the obstructive effects of the Earth’s atmosphere, researchers decided to take to the skies to make their landmark discovery. The Stratospheric Observatory for Infrared Astronomy, an airborne observatory built into a modified Boeing 747, was able to pick up infrared signals emanating from the prehistoric molecule.

In a period dubbed the “dawn of chemistry,” around 100,000 years after the Big Bang, the universe had cooled to a low enough temperature that particles began to interact and coalesce. In this era, when light atoms and molecules first came into being, it was helium hydride that paved the way for far more intricate interstellar structures to come. By continuing to investigate the elusive molecule, researchers are able to explore the expansion of the universe in its nascent stages.