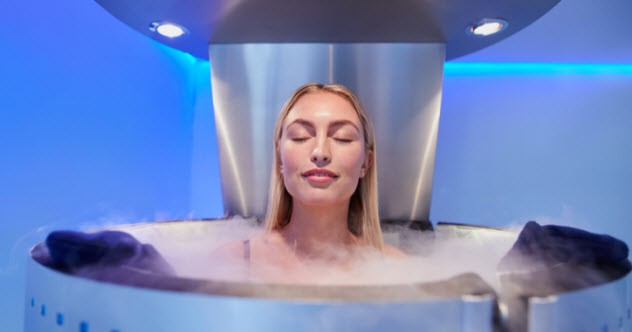 For centuries, scientists have devised a number of means for reaching extremely low temperatures. Fluids like liquid nitrogen and liquid helium, both of which have significantly low boiling points, have been put to use across numerous fields. More recently, laser cooling techniques have also been deployed.

These methods have given rise to all kinds of super-cool new discoveries and inventions. From a levitating magnetic railway system and ultra-smooth novelty ice cream to state-of-the-art medical scanners, lunar cold traps, and so much more, extreme cold is proving essential for the next wave of scientific developments.

In 1911, when scientists were first experimenting with extreme cooling techniques, Dutch physicist Heike Kamerlingh Onnes discovered something remarkable about the way that certain materials conduct electricity. He observed that simple elements like mercury can conduct electricity with zero resistance once the temperature drops below a specific threshold.

At low temperatures, these materials become perfect conductors of electricity—hence the name “superconductors.” In a closed loop of superconducting material, an electrical current would be able to flow around forever without losing any energy.

Japanese engineers have even built a railway system that runs on this exact principle. The SC Maglev trains—short for “superconducting magnetic levitation”—have superconducting magnets instead of wheels. They are cooled using tanks of liquid helium and levitate 10 centimeters (4 in) above a long magnetic track. In April 2015, the high-speed L0 Series SC Maglev train set a world record for rail travel of 603 kilometers per hour (375 mph) at a test track near Mount Fuji.

Currently, all known superconductors will only operate in extreme cold, which means they have a fairly limited range of uses. Even the most complex superconducting materials like yttrium barium copper oxide lose their superconductivity once the temperature rises above -173 degrees Celsius (-279 °F). The challenge now facing scientists is to find a way of retaining these superconductive properties at room temperature.

Liquid helium is a vital component for operating magnetic resonance imaging (MRI) scanners—the non-intrusive imaging technology that allows medical professionals to see inside patients’ bodies. Coils of metal wire inside the scanner are doused repeatedly in the ultracold fluid to minimize their electrical resistance. These wires generate a strong magnetic field up to 40,000 times greater than the field of the Earth.

There is a problem with this current setup: We are running low on helium. The substance is in worryingly short supply with no known way to manufacture any more. The average scanner requires 1,700 liters (449 gal) of liquid helium to cool the magnetic coils to a chilling -269 degrees Celsius (-452 °F).

Low temperatures can cause some seriously strange behavior in gases. Typically, the atoms in a gas are constantly moving—whizzing around at high speed, bouncing off the walls of the container, and colliding with one another. If that gas is then heated up, the motion of the atoms will become even more energetic and frenetic.

However, when certain gases are cooled to extremely low temperatures—around -273 degrees Celsius (-460 °F)—the individual atoms start to drastically lose their energy. Eventually, when the atoms are unable to lose any more energy, they form an exotic type of matter known as a Bose-Einstein condensate (BEC).

One of the most bizarre and brilliant properties of BECs is their ability to slow down and stop light. Danish physicist Lene Hau used this principle to slow down a laser beam from light speed to around 17 meters per second (56 ft/sec).

Hau and her team went on to develop a technique for storing individual pulses of light within BECs. These incredible breakthroughs could pave the way for new methods of data storage, particularly in quantum computers.

Although Albert Einstein and Satyendra Nath Bose first came up with the idea in the 1920s, it wasn’t until 70 years later that the first BEC was actually made. This was achieved in 1995 when American physicists Eric Cornell and Carl Wieman successfully cooled a gas of rubidium atoms to 170 nK—over a million times colder than outer space.

For their momentous contribution to scientific research, the pair—along with MIT professor Wolfgang Ketterle—was awarded the 2001 Nobel Prize in Physics.

Cryotherapy is a blanket term that refers to the use of low temperatures in medical treatments. More often than not, subzero chemicals are applied using a specialized cryoprobe to remove abnormal tissue cells. This includes everything from freezing off an unsightly wart to the destruction of a cancerous tumor.

Some proponents of cryotherapy claim that it has a plethora of other fantastical uses. They say that immersing yourself in a booth colder than -100 degrees Celsius (-148 °F) can prevent dementia, reduce depression, and even help you lose weight. But the evidence for this is spurious.

Craters On The Moon

The coldest-known place in the solar system is a lot closer to home than you might imagine. It was originally believed to be the surface of Pluto. But in 2009, scientists discovered craters around the Moon’s south pole that can drop as low as -248 degrees Celsius (-414 °F) during winter. NASA’s Lunar Reconnaissance Orbiter made the discovery by measuring radiation levels from 50 kilometers (31 mi) above the Moon’s surface.

The coldest temperatures are found inside lunar crevices that are permanently cast in shadow, meaning they never receive any sunlight. These subzero craters act as “cold traps,” capturing elements and volatile gases that can be analyzed to map out an archive of activity on the Moon. For instance, minerals identified in Cabeus—a 98-kilometer (61 mi) crater close to the south pole—suggest a history of comet strikes.

That being said, the surface of the Moon is not always extremely cold. In fact, the temperature varies drastically depending on time and position. The equator around midday is so hot that it could boil water, whereas the poles are nearly as cold as liquid oxygen overnight.