The History of Chinese Medicine 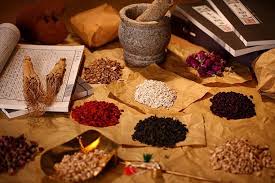 Chinese medicine is a kind of traditional treatment method and philosophy of physical balance in China. It has a long history of more than a thousand years, The practice is still very important and are even spread around the world.

How did traditional Chinese medicine begin?

The first clear medical treatise is the Yellow Emperor's Inner Canon. In the text, the use of moxibustion or acupuncture to manipulate the Yin and Yang are described in ways similar to that practiced nowadays. This and later texts covered a variety of techniques based on traditional physical concepts, but now traditional medicine has a secondary role in China compared to Western medicine.

It is interesting that many similar traditional practices and ideas were believed around Eurasia at about the same time. For example, the traditional Five Phases concept seems similar to the Greek scientific ideas of the Five Elements (Earth, Water, Air, Fire, and Aether) that dates from before Socrates and were widely believed by Europeans until modern times. The concept is also similar to the ancient Indian and Buddhist ideas of the Four Elements (earth, water, fire and air).

The idea of Qi was described in the Yellow Emperor's Inner Cannon. Traditional medicine practitioners actually believe that there are various kinds of qi. It is thought that various techniques such as acupuncture and cupping can manipulate the various kinds of qi. Fire cupping also was practiced in the Western world and Egypt long before Christ. The cupping technique was used in the ancient West to manipulate the “humours.” That seems similar to the concept of manipulating the kinds of qi. But whether East and West shared medical knowledge long ago isn't known.

The Most Influential Texts

The Yellow Emperor's Inner Canon 黄帝内经(Huángdì Nèijīng) has been the most influential treatise for more than 2,000 years. The multi-volume treatise presents views on the function of the human body and the physical world that remain the basic ideas believed by traditional medicine practitioners. Yin and Yang are described, and so are the Five Phases of nature (wood, fire, earth, metal, water) and Qi. It isn't known how or where these ideas originated.

The Bencao Gengmu is the most important traditional work on herbs and drugs. It was written in the middle of the Ming Dynasty era (1368-1644) by Li Shizhen (1518–1593). He was a doctor and a former official of the Imperial Medical Bureau of the Ming Empire. He realized through studying the dynasty's collection of rare and old medical texts that the texts had inaccuracies. The texts were written and republished over thousands of years during which time there were many changes of empires. They contradicted each other. He thought that the medical knowledge of his time was not well defined. He wanted to compile correct information in a logical system of organization.

Li Shizhen composed several treatises, but the greatest work is called the Bencao Gangmu本草纲目, (lit.: Herbal Essential Details). This text is usually called Materia Medica in English. The extraordinarily long and detailed tome was considered to be the most exhaustive and detailed text on traditional herbal medicine. He classified and described hundreds of kinds of herbs, medicinal minerals and medicinal animal parts. He included information on geology, physics and other topics. He included a useful very long list of references for research. The Bencao Ganmu is considered the greatest scientific achievement of the Ming era. The treatise shows the state of Chinese medical theory before the introduction of Western medicine in the 1800s.

In the 1800s, missionary doctors and other Western doctors went to the Qing Empire (1644-1911) by the hundreds, and scholars could study Western medical texts. The political leaders who governed China or led revolutions after the fall of the Qing Dynasty wanted to rid China of ancient medical ideas. Dr. San Yat-sen who led the drive for political modernization was himself a Western-trained medical doctor, and he advocated Western medicine.

Communist party officials wanted to rid China of what they thought were superstitious and non-scientific methods. During the Cultural Revolution, many practices were banned, and the practitioners were often imprisoned or killed.

However, in today's China, some techniques, especially herbal medicine, exercise such as taiqi or qigong, and eating medicinal food, remain common. Traditional medicine is relatively inexpensive compared to going to a regular hospital, and the government supports traditional medicine to an extent. However, in many areas of China, procedures such as acupuncture, moxibustion, and cupping are seldom tried. People generally favor going to modern hospitals when they are sick.