Some nice museums and art centres to visit in Nigeria 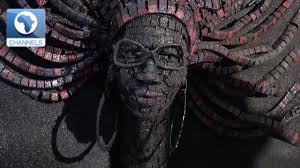 Nike Art Centre, Lagos, is one of Nigeria's hidden treasures. Located in Lekki, Lagos, the four-story building compromises of an art gallery and textile museum featuring over 7,000 pieces and soon to have Coffee shop. The Centre has a diverse collection of art by a multitude of artists, celebrating Nigeria's talent, offering visitors an insight into all cultures of Nigeria through the medium of art. It can take up to a full day to discover all the Nike Art Centre has to offer. Fortunately, the gallery is open 7 days a week often holding art exhibitions, workshops and cultural days. If you're feeling creative you can take an art course with Nike or go on one of her week-long retreats outside of Lagos in Osun state (Osogbo), Kogi state (Ogidi) and Abuja, all of which you can visit with 'Nike Tours'. The tours offer overnight accommodation at her guesthouses, and partake in creating traditional African crafts such as adire, batik, indigo, beadwork, painting, or carving. Nike Art Centre is an impressive gallery and a must for art lovers.

Badagry was founded around 1425 A.D. before its existence, people have been living along the Coast of Gberefu, which later gave birth to Badagry. Fishing, Farming, salt making from ocean water were the main occupation of the people. The natives believe that Badagry was founded by a famous farmer called ‘Agbedeh’ who lived at Gberefu Sea Beach and maintained a farm land across the lagoon in the present Badagry. ‘Greme’ means farm in Ogu language and the people who visited Agbede’s farm, when asked, would say they went to ‘Agbedegreme’ meaning agbede’s farm. The word was later coined to Agbadarigi by the Yoruba settlers and was later corrupted to Badagry by the European slave merchants before the end of the senteenth century. The people of Badagry are heterogenous. They are mainly Ogu of Whydah, Whra, Wheme and Ga/Ewe clans who migrated from the former Dahomey and Awori-Yoruba who are descendants of Oduduwa of Western Nigeria.

It is a well organized museum with well preserved antiques of the legendary Afrobeat king Fela. The guide is good and has a first hand knowledge of the Hero, Fela. It is a place to visit when in Lagos, Nigeria. It has a hotel and bar at the pent house. This place is a living history of the legend.

The Benin City National Museum is a national museum in Benin City, Nigeria. located in the city centre on King's Square. The museum has a significant number of artifacts related to the Benin Empire such as terracotta, bronze figures and cast iron pieces. They also carry ancient art related to the early times.. do not leave Benin without visiting. The place could use some face-lift but all in all,worth it.

Located on the site of a fifteenth-century slave-trading warehouse in Marina Beach, the Slave History Museum derived its name from the activities that took place in Calabar, the embarkation point for a significant percentage of the slaves who left African shores during the transatlantic slave trade. Though the idea for the establishment of the museum was entirely that of the Cross River State initiative, to boost the tourism potential in the state, the museum is directly managed by the National Commission for Museums and Monuments. The institution has in its custody artistic objects but is also an ethnographic museum with permanent exhibitions.