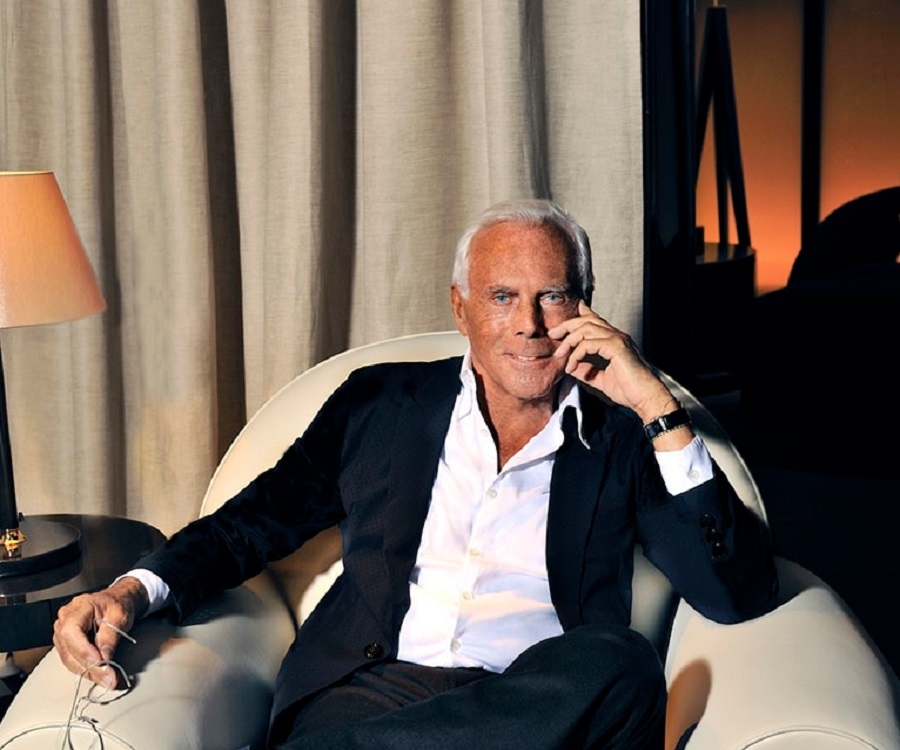 Giorgio Armani is probably the best know Italian fashion designer in the world, renowned for his numerous innovations in this exciting field.

Born on July 11, 1934 in a small Italian town, Giorgio Armani has become a symbol, an ambassador of Italian fashion all over the world.

Particularly known for his stylish suits worn by top Hollywood actors such as Mel Gibson or Richard Gere, Armani never even thought of becoming a fashion designer in his youth.

He went to college to become a medic, but he soon realized that hospitals weren’t for him. He quit in favor of taking photography courses. However, that was not meant to last much either as in 1957 he had to abandon them in order to do his obligatory military service.

After that, he got a job at “La Rinascente”, Italy’s leading department store at that time. In 1964, Armani went to work for Nino Cerruti, an important fashion designer. In 1970, encouraged by his good friend Sergio Galeotti, he left Cerruti and established his own freelance design studio.

In 1974, the same friend helped him establish his own company called Giorgio Armani S.p.A. His first collection for men was a huge success and a year later, he launched a collection for women that enjoyed the same enthusiasm from the public.

Since then, he continuously developed the Armani Look, which can now be easily recognized by almost everyone. It is well known for its distinct clean, tailored lines.

To better understand how popular and successful Giorgio Armani is, I think it’s sufficient to mention that he owns homes in several exotic places such as San Tropez, Forte dei Marmi, Broni, and Pantelleria.