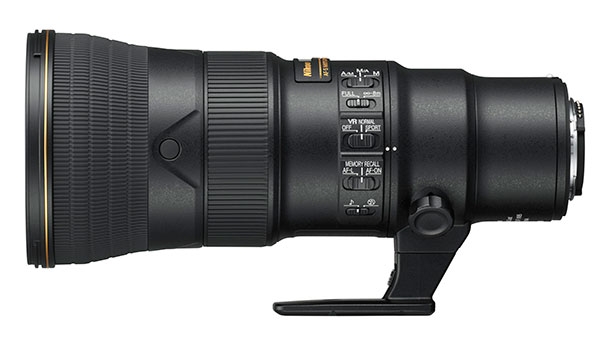 Using a telephoto lens to get in close to the action or sneak up on a subject from a discreet distance is terrifically exciting, and can yield great pictures. But the high magnification of long tele and zoom lenses accentuates the effects of camera shake caused by your inability to hold the camera and lens absolutely still. The effects of wind, moving or shaking floors, residual vibration from camera mirrors flipping up just prior to exposure, atmospheric haze, and heat waves can also add problems.

Cold, tired, been drinking stimulants (coffee, tea, or cola)? They add to your problems. Avoid them all if you can and don't despair.

When handholding your camera and lens, start with a fast film, ISO 400 or higher. This will allow you to use higher shutter speeds (1/1000 sec and above) and minimize the effects of shake in a variety of lighting conditions. Use the proper stance: arms closely tucked into the body, elbows partially supported by the chest or abdomen, lens and camera balanced by the left hand and arm.

Practice supporting and focusing the camera with your left hand, aim the camera slightly above the subject, take a deep breath, let the view drop to the proper composition while exhaling, and gently press the shutter.

For support, find a fence post, parked car, or folded jacket. Lean on it or rest your camera on top of it while shooting. If you have such a support, a 1/30 second exposure isn't an impossibility, even with a 500mm lens. You'll be using slower shutter speeds more often than you'd like. The minimum shutter speed rule of thumb for hand-holding a long tele or zoom lens is this: Slowest safe shutter speed = 1 over the lens focal length.

For example, if you're shooting with a 500mm f/4 lens, the limiting shutter speed for a handheld shot would be 1 /500 second at the correct aperture for a good exposure. This rule applies to a properly-braced photographer standing on solid ground.

Chest braces, rifle stocks, and similar devices aren't as practical as a lightweight monopod or tripod. A monopod is easy to carry, and you can set it up just about anywhere.

It won't allow you to set shutter speeds as slow as you can get away with using a tripod. But it will let you shoot safely—that is, without a serous risk of image-softening shake—at speeds two or three steps slower than you'd have to use if you were shooting handheld. That may make it possible to shoot in lower light, and/or to use a slower, finer-grained film.

Get a monopod that can be raised to your eye level, is quick and easy to set up. If you shoot a lot of verticals, you may want to add a good swivel ball head for maneuverability.

A tripod is the best device for insuring minimal effects from vibration with a long tele or zoom lens. With a sturdy one, you can use slower shutter speeds and lower ISO-higher resolution films. If you own a shaky tripod, tie a three to five pound weight to the center column for added stability.

Physically long teles should have tripod-mounting collars to attach the lens at the proper fulcrum to the tripod rather than the camera. You can also use a secondary support for the camera like Bogen's Long Lens Support. This telescoping brace attaches to most tripod legs via a universal clamp at one end and a swivel ball head for the camera at the other. The brace makes it more difficult to change camera position, but it considerably lessens the effects of vibration.

If you're on shaky ground, tripods won't help. They'll actually transmit the motion right to the lens and camera. It's better to handhold the camera if you can set a reasonable shutter speed, and let your body damp the vibration.

Atmospheric haze and heat waves can't always be eliminated, but using a haze or polarizing filter can help cut through the haze and increase color saturation and contrast. Also, use your lens hood, or shade the lens, to minimize the possibility of flare.