Facts That Shows Tupac Faked His Own Death 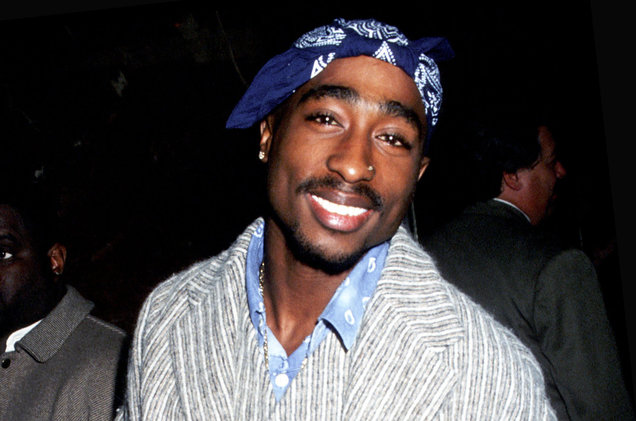 Tupac Amaru Shakur was born on June 16 1971, In Harlem neighborhood of New York City. He was just 25 years old when he was ambushed while he sat in a parked vehicle on a Las Vegas Strip on 7th September 1996. The attack came following the Mike Tyson---Bruce Seldon fight at MGM Grand, Las Vegas. Tupac was quite a controversial person who made lot of enemies while at the peak of his career and that actually accounted for his untimely death.

Although the media had everyone believed that Tupac died of a severe injury he sustained from that attack. However, most people believed that he is still alive and may have faked his own death for some reasons.

Below are facts that shows that there are conspiracy theories about Shakur's death.

Lock Down At The Hospital

After Tupac was admitted in the hospital following the attack, it is said that only few people were permitted to visit him. Even most of his families and friends were denied access to him. Because of this lock down, people became suspicious that something is probably going on behind the scene.

The Person Who Performed His Cremation Disappeared

Tupac was cremated the next day on 14 September 1996 after he died. The funeral was so sudden that most people not even his fan could see his body before the burial rites was performed. But why would his body be cremated in the first place? such a figure should have been giving a befitting burial or even have his body preserved for eternity since he is often portrayed as the first King of rap. The most frustrating part of the whole cremation process is that it was done for a whooping sum of 3 million dollars, quite an outrageous amount for just burning a dead body. And the person who cremated his body mysteriously disappeared.

The cost of Cremation

It is said that Tupac had little net worth of around 100,000 dollars in his name prior to his death. However, it is known that he was actually at the verge of making more millions before death took him by surprise. But the reason some people raised eyebrow about his death is that the person who cremated his body in secrete received a whooping 3million dollars for the service, which is quite outrageous of a payment. And holding to the fact that he had several deals on ground, most people think that the alleged payment for his cremation was received by him to startup a new life somewhere else.

One of the most disturbing facts about this whole saga is the claims made by a former US detective, David Myers, back in 2015. He claim that Tupac Shakur had faked his own death, and that he was part of it after he received some amount of cash to help facilitate the process. According to Myers, a body double was even arranged to be taken to the morgue in place of Tupac. However, most people didn't believe his claims but others do.

Tupac was spotted with Beyoncé

A couple of years back a website called Huzler reported that Tupac was still alive, and had been spotted outside of a nightclub. They used this photo of Tupac and Beyoncé in the article. Could this be real or just some genius Photoshop?

One of the most convincing Tupac sightings was in Cuba in 2004.

A video which has had nearly 2 million views on YouTube shows Suge Knight playing around with a man who many believe is Tupac. The two are heard discussing and mentioning Biggie, in their conversation amongst other things that seem suspicious. However, the clip does only show the back of Shakur's head that still got many confused if he was the one or not.