Ancient Predictions About the World That Came True 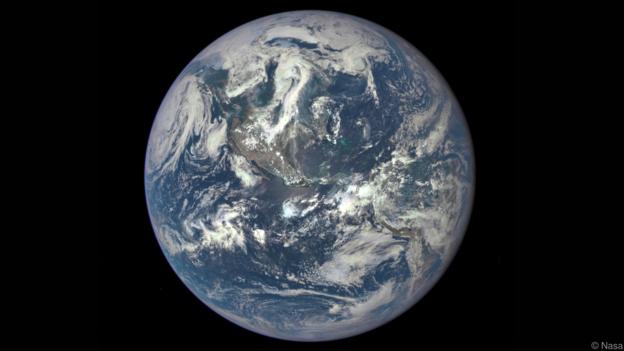 When we think of the period of antiquity and those that once existed during such periods, it can be so easy to imagine them as archaic people with backward thinking and philosophies. And we tend to forget that their works, ideologies, and knowledge are the foundations upon which our modern society is built. From our understanding of the atoms down to what the shape of the earth looks like, so much of modern science has been precipitated by the thoughts and ideas of people who lived over 3,000 years ago. Although these people were not opportune to have the privilege that our modern scientist are enjoying today such as facilities and equipment. But with reasoning, observations and logic, they were able to surprise the world.

The theory of the divided Self

According to modern psychology we are single individuals who have many different selves. Within us are different persons; the rational person, conscious person, unconscious person, and the emotional person. All of which are necessary to operate as a full human being. But before our modern psychologist were able to hold a grasp of this knowledge and made it known to the society, It had once been predicted by and ancient Greek philosopher, Plato.

In one of Plato's dialogues he thought that human beings have three competing parts within their souls—reason, appetite, and spirit. He imagined the soul as two horses (appetite and spirit) and a charioteer (reason). He said that when the three are in harmony, we are at peace with our self and we are happy. But whenever there is conflict between them, we are always in distress. This is actually a very correct principle that people of then never understood until this modern era.

Evidence of the atoms

The existence of the atoms without doubt has been a controversial one. By definition, an atom is the smallest particle of any substance which can not be further divided into smaller particles. However, John Dalton is often regarded as the father of atoms since he was the first modern scientist to give a hint on the topic. But according to history, the idea of atom had been predicated for many centuries, long before John Dalton was born.

In the fifth century BC, a Greek man named Leucippus had a striking idea which would latter be called atoms. He said "everything in the visible universe is made of tiny, indivisible particles". Those who belonged to this school of thought as at then, in the likes of Democritus, came to be known as the Atomists. However, this predication was nullified by Aristotle during his time. He regarded the idea as nonsensical, that there will never be anything so small that it cannot be further divided.

For many centuries, the idea of Leucippus faded away until during the time of John Dalton in the 1800s. John Dalton revived the idea of the atoms after making his own discoveries and experiments. Although Dalton's theories of the atoms were later modified by other scientist in the likes of J.J Thomson, Ernest Rutherford, including Albert Einstein. But one thing that is certain is that atoms really exist and the predictions of Leucippus was actually a correct one.

The idea of Thermodynamics

Thermodynamics is a branch of physics that deals with heat and temperature and how they relate to energy, work, and matter as a whole. Before Léonard Sadi Carnot, who is often regarded as the father of thermodynamics ever talked on the issues regarding thermodynamics, an ancient Greek philosopher Heraclitus in a kind of way had actually made it known.

Heraclitus of Ephesus was an ancient Greek philosopher who's ideology about the the universe is somehow overruled and regarded as nonsense. According to him, fire is the main constituent that made up the entire universe. Although when you think of this ideology it seem useless and stupid, but giving it a second thought, you would realize that he actually made a very fine point. If one observe carefully, one would realize that thermodynamics is actually the physical law that keeps our universe constant. Without heat, nothing at all will happen, it simply means that there will be no universe.

The idea about a spherical Earth

When we speak of a spherical earth, we often give credit to Aristotle. The whole world always see Aristotle as the first person to ever say precisely that the earth is spherical and not flat. But however, there is actually an ancient philosopher who existed long before Aristotle, and if there is anyone who should be regarded as the first person to ever birth such a wonderful knowledge, he should be the one.

Thales of Miletus was an ancient greek-speaking mathematician, astronomer, and a philosopher from Miletus in Iona, which is the present day Turkey. He was a pre-socratic philosopher who existed between 624 - 546 B.C. According to records, he was actually the first to give an insight on a spherical earth. Thales used his knowledge of eclipses to propose that the Sun would cast an elliptical shadow on the earth supposing the Earth was flat and not spherical. He also noted that the stars seem to move as a person moves. If the Earth was flat, one would see the same stars above no matter where he went.

Although the whole world celebrates Aristotle for the knowledge about the shape of the earth but his knowledge was actually inspired by that of Thales, of which Aristotle himself never disapproved.

The theory of Evolution

Evolution is the gradual changes that occur in organism overtime which leads to the formation of new species of organism. How the whole world came to understand evolution is often seen as a thing that should be attributed to Charles Darwin. We often see Charles Darwin as the father of evolution. But it has been shown that Darwin was never the first to say something wonderful about evolution.

The first person to ever say anything as regards evolution was an ancient Greek philosopher called Anaximander of Miletus. He was also a pre-socratic philosopher form Iona, during 610 - 546 B.C just like Thales of Miletus. In one of his writings he held that animals had evolved from creatures in the sea, and using a deductive reasoning, he figured out that, at some point, humans may have originated as the descendants of these sea creatures. This is actually a very accurate study that no biologist can deny.

But unfortunately for him the work that contained such a wonderful theory got burnt along the line before it could get to the hands of those that really understands it. However, it is said that an Italian priest during the 14th century came across a piece of that writing and brought it back to the gaze of the western society but due to lack of knowledge and poor understanding of science at that time, no one could pay closed attention to such a writing until the 19th century when Charles Darwin brought out the same theory that this time no one could reject.

The reason the whole world may have believed Charles Darwin was because;

i. The society have changed overtime compare to the way it used to be.

ii. People have started to understand and accept science more than before.

iii. Darwin gave an illustration with proof that no one could disagree with.