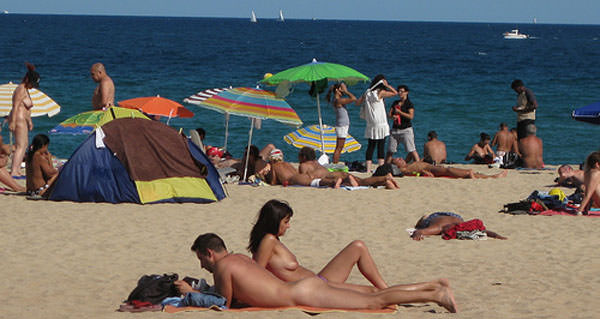 All humans have their different desires and drives. We all want to live in a society where we will be free to do as many things as we wish, explore different adventures, fulfill our craves, act like no one cares. But most times our desires and thirst for things are some how suppressed due to the nature of our environment and we wish we could be cut loose from such a bondage. Fortunately, there are different societies in the world, all have their own values and sets of laws. That is to say that no matter what you want to do or whatever you want to become, there’s always a place for you. Somewhere in the world that is actually ready to support your dreams if only you can identify where those places are.

Walk Around Naked in Spain

The way our modern society is going, it seem everyone is actually tired of wearing clothes. Majority of us would love to go naked if only we had the chance. But right now it seems this dream is not actually farfetched because there are several places in the world who don't give a shit whether you move around flaunting your boobs or displaying anything phallus.

Spain currently have no laws against nudity in public for those of us who don't know. It actually means that you can go anywhere around the country naked without anyone raising an eyebrow and you won't also get harassed or arrested by the police. If you observe, you will realize that most people often rate Spain beaches as some of the best in the world. The reason is not for anything but because one can go nude as they want. It has been said that since 1978, the constitution of Spain has not only guaranteed its citizens permission to walk around naked but also promised not to take such a right from their citizens. That is why several attempts had been made to curtail this law but all has been futile.

All drugs are legal in Portugal

All types of drugs are actually legal in Portugal including cocaine, heroine and marijuana. They have actually decriminalized all hard drugs and made it legal. Although who ever that didn't know why would actually think that Portuguese government is stupid. But the real fact is that despite decriminalizing hard drugs, the policy has actually brought lots of positive result to the country. The country has one of the lowest drug abuse among it citizens when compared to citizens of other nations in the world. The reason is because they see drug abuse as a psychological problem other than a criminal offense. Whoever that is addicted to drugs is seen as someone who needs counseling instead of him locked behind bars.

It has been shown that since Portugal implemented such a law, the rate of drug abuse and HIV, plummeted in the country.

Steal Art in The Netherlands

Netherlands is one of the best places in the world you can find beautiful art works, it is really what they are very famous for. It has been known that stealing a piece of artwork is completely legal in the country if only one can summon the patient. It is a law in Netherlands that if anyone is in possession of any artwork for more than 20 years, he or she automatically becomes the legal owner of it. If you are the type that have something for artworks and paintings then this country is one good place to go but make sure you don't get caught before 20 years. Good luck...

Sell Your Kidney in Iran

Selling kidney is completely legal in Iran, one can even advertise it of he or she wishes. The business is so free that people often put up posters around town advertising they have a kidney for sale. They would write their blood type, phone numbers and test results to prove to customers that their kidney is in good health.

However, this practice is actually controversial, but some people believed that this law is working very well for the country health care system. Since they opened up a kidney market, donor waiting lists have been completely eliminated.

Own A Minigun in The United States

Anyone can acquire a minigun in America as long as they are above 18. A loophole in the 1986 Firearm Owners Protection Act made it technically legal for American citizens to buy one for home protection.