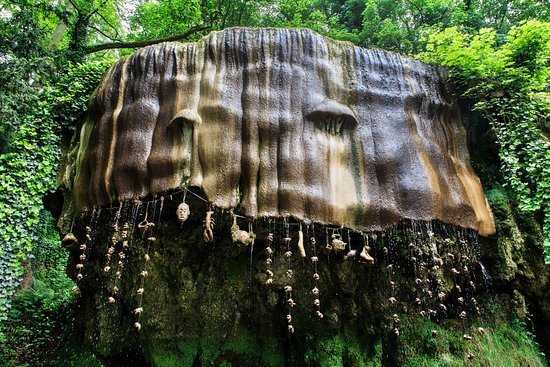 There are lots of amazing natural phenomenons going on around us  The world is full of wonders and pretty amazing things but because we really have not seen those things, it can be so easy to say that they don't truly exist. However, there are quite a lot of things and places in the world that you can't just help but marvel at. Even scientist finds is difficult understanding the phenomenons governing them. These places will really make your jaw drop not because they are stunning but because they seem to follow scientific rules that don't actually exist any where else in the world.

How would you feel when you get to a river and you find it boiling and emitting steams? that will actually look bizarre at the same time fascinating i guess. The Shanay-Timpishka, is a tributary of the Amazon River, it is the only river on earth that boils. It is said that the temperature can go as high as 91°C (196F) cooking anything that comes in. Scientist are not really sure why this is happening but most scientist believe that the source of the heat is geothermal unlike any other river on earth.

The "Petrifying Well" where Water Turns Things to Stone

'Stone men', as most of us may have probably heard of, are actually fictional characters who only existed in the HBO series "Game Of Thrones". But it seem such kind of people may start living in our real world very soon unless everyone stay away from the "Petrifying Well". The Petrifying Well located in North Yorkshire United Kingdom, is a well that can give any object a stone like appearance. It is said that if an object is placed into such a well and left for a period of weeks or months the object acquires a stony appearance. It was once believed to be the result of magic or witchcraft, but several studies have shown that the phenomenon are actually a natural one, due to a process of evaporation and deposition in waters with unusually high mineral contents.

The Most Radioactive Lake on Earth ( Lake Karachay )

Located in the southern Ural mountains in central Russia, is the Lake Karachay. It is known as the most dangerous lake in the world, high radioactivity. It is said that in less than an hour, one could receive a lethal dose of radiation equals 600 roentgen which could cause nausea, vomiting, and diarrhea in the first few hours, followed by rapid emaciation and death as early as the second week. The radioactivity in the lake came from the time it was used as a dumping site of radioactive waste by the Soviet Union during the 1950s.

The Park That Goes Underwater Every Spring (Grüner See)

Photo: During autumn and early winter