Popular Misconception About Food And their Place of Origin 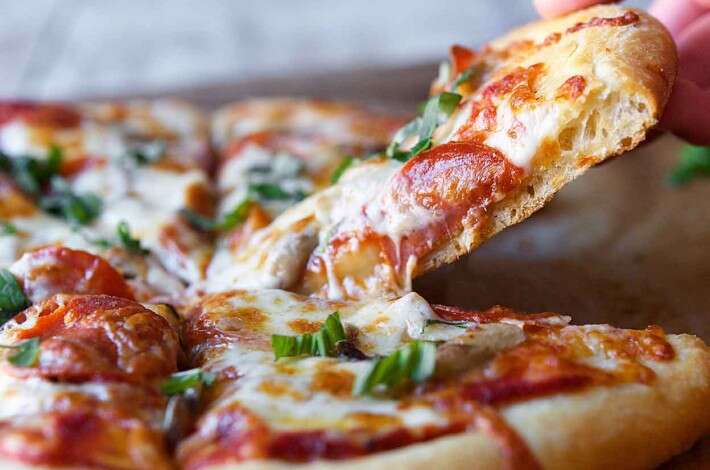 The idea about foods and where they originated has been a heated discussion in the society. There are quite a lot of great cuisines out there that got people wondering where they might have originated from or which country are they native to. It is true that some countries have made some specific foods popular, thereby making the whole world believe they were the real owners and inventors of these foods.

However, It may be very normal for someone to think that French fries originated in France, Sushi originated in Japan or the popular Pasta originated in Italy. But for the sake of clarity, the list below contain foods that were thoughts to have originated in some particular nations but turns out that these countries weren't the real owners of it. Or rather these foods may have originated loosely in those places but are rarely eaten there.

French Fries are one of the most popular dishes in the world. The food is very popular that even those that haven't seen or tasted it before may have probably heard about it. This popular cuisine is thought to have originated in France but it turns out that the origin really wasn't there.

The French in the past have claimed to be the original owners of the food but the real fact is that this food is actually invented by the Belgians. The misconception about french fries may come from the facts that France and Belgium are closed neighbors who speak the same language or because France is more populated than Belgium that the food is widely eaten in France compare to Belgium due to the population of eaters. But whatever is the reason for this misconception, the fact is that French fries Is native to Belgium not France.

The cuisine made from soured rice, accompanied with veggies and some tropical fruits -which all surmounted into the popular and delicious meal called sushi, has been thought by many as a food to have originated in Japan. Japanese on the other hand may be claiming the glory but they actually know they weren't the real owners of the meal.

According to records, sushi had it origin in the Mekong River, the river that flows across several Southeastern Asian countries. Although the country exactly where it originated it not well known. It could be Myanmar (Burma), Thailand, Vietnam, Laos or even Cambodia. But the fact is that one of these countries where the Mekong river flows across could be the real owners of sushi. It is known historically that these regions have started enjoying sushi long before the food became popular in other parts of Asia including Japan.

When you hear of pastas and noodles, the first thing that comes to mind is that they originated in Italy. Although it is true that Italians made this cuisine popular in the western culture but these foods never originated there. According to history, Pastas and Noodles existed in central Asia long before it surfaced in other part of the world. Archaeologists believe that central Asia is most likely the first area to have produced noodles thousands of years ago, specifically in China.

From Asia, it traveled westward. The way it reached Europe and America is unclear, but according to some popular believes and legends, the nomadic Arabs were responsible for bringing early forms of pasta from Asia to the western world through Africa. Once it reached the Mediterranean the process was refined, and durum wheat became the ingredient of choice for pasta flour because of its high gluten content and long shelf life.

Although Italians have modified the way the world enjoy pasta. But when we are to talk of the origin, China in particular should come to mind.

The real fact about pizza and where it originated is some how murky. The reason is because this food can be prepared in different ways. Different methods of preparation that was invented by two different nations. Though it may be so tempting to say that Pizza originated in Italy. But when you compare how Italians enjoy pizza and the way Americans enjoy theirs, it may leave you quite confused as to which of these nations actually invented it.

In America, pizza is generally slathered in tomato sauce with seasonings, topped with cheese and then heaped with tons of toppings. But in Italian method, pizza is much more exquisite and savory because they go as far as to include fresh herbs, vegetables, mozzarella and olive oil. However, while both dishes have the same name, to some extent they are somehow different. But if we are to be genuine about facts, we could say that Pizza is native to Italy.