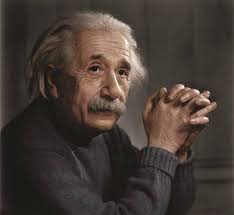 We always hear that disability is not the end of the world, that someone is disable does not mean that he has lost it all. We may have also heard a lot of surprising stories of how most people turned their disabilities into breakthroughs for the whole world to enjoy.

Stephen Hawking, is a scientist, one of the most accomplished physicists of our time, who suffered from amyotrophic lateral sclerosis ALS, a deformation that occur in motor neurons in the nervous system. Without letting his conditions limit him, still went further to study about the black hole in space, a theory that gave the whole world a proper understanding of the cosmos.

Below are some of the disabled scientist who made the world a better place.

Leonardo Da Vinci was a "Jack of all trade, master of all" there was no knowledge that was a far reach to him, he was a genius in virtually all disciples of life. A master of art, mathematics, astronomy, literature, philosophy and lot more, he was the king of renaissance who inspired millions of people all over the world from that time till now. He was a person who suffered from "Dyslexia", a learning disability in which a person finds it difficult to read and write.

Albert Einstein is one of the most intellectual human to have ever lived in human history. His theory of special and general relativity brought about so many understanding of the universe. Growing up, Einstein was a boy that didn't learn to talk until the age of four, he also had difficulties in learning unlike his mates, which proves that he was a dyslexic patient.

At seven years old, he was diagnosed with muscular dystrophy, a condition that brings about paralysis of the muscles. This motivated him to invent mobility- assistance device including the world’s first battery-powered wheelchair for disabled people.

Diagnosed with glaucoma in his childhood and was blind since the age of 3, Vermeij had to rely on other senses to continue his work. His research has led to better understanding of how fossils interacted with the world. He was a person that could not learn on his sight and because of that, his inspection of relics was by tactile feel, absorbing detail of layers and shapes that might otherwise go unnoticed.

John Forbes was diagnosed of schizophrenia, which is a mental disorder, the problem that affected both his personal and professional life. Without letting his conditions limit him, still went further to make a fundamental contributions to game theory, differential geometry, and the study of partial differential equations. Nash's work has provided insight into the factors that govern chance and decision-making inside complex systems found in everyday life.

One of our great fathers of electricity Thomas Edison was a quantifiable genius. He was almost entirely deaf in both ears. He developed many devices such as electric power generation, mass communication, sound recording, and motion pictures and the famous bulb filaments.

A young girl who was gnosed with autism as a child, still went further to change the world. Grandin’s worked on animal behavior and this has brought about great inspiration in livestock industry, including how animals are cared for at meat processing plants.

Edwin Kreb was auditory impaired, he had problems hearing. He made a sensational discovery in the 1950s about cellular activity in the human body that led to greater understanding about hormones, cell life spans, and even how the body can reject transplanted organs.