People That Have Died From Drinking Water 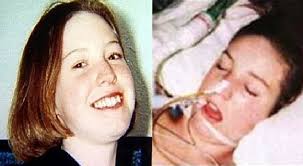 Water intoxication, also known as water poisoning or hyperhydration, is a disturbance in brain functions that occur when an individual take in excessive water. Excess water in the body can dilute the blood bringing about an imbalance in electrolytes. Sodium is an electrolyte that regulates the inflow of water and other materials in and out the cell. Too much water in the blood can lower the amount of sodium thereby allowing excess water to enter into the cell due to lack of balance in concentration gradient of sodium between the cell and the outer environment. This can cause the cell to swell.

In the brain, this swelling increases intracranial pressure (ICP), which leads to the first observable symptoms of water intoxication which includes;

Headache, personality changes, changes in behavior, confusion, irritability, and drowsiness. These are sometimes followed by difficulty in breathing during exertion, muscle weakness & pain, twitching, or cramping, nausea, vomiting, thirst, and a dulled ability to perceive and interpret sensory information. Water intoxication can be prevented if a person's intake of water does not grossly exceed their losses. Water intoxication has resulted in so many death cases. See some below.

In January 12, 2007, Jennifer Strange died after drinking nearly 2 gallons (7.6 liters) of water in over 3 hours in a competition whose winner stand a chance of winning a video game Nintendo Wii. The competition was organized by a Sacramento radio station in California USA, titled "Hold Your Wee for a Wii," contestants were asked to drink as much water as they could without urinating. The radio station were made to understand the dangers but did not inform the contestants. However, they were made to pay $16,577,118 in damages to Jennifer's family.

November 16, 1995: Leah Betts, an English schoolgirl, died as the result of drinking too much water, though in the media her death was mistakenly attributed to taking an ecstasy tablet at her 18th birthday party.