Is Snake Island Actually Dangerous As It Sounds?- Let's Find Out 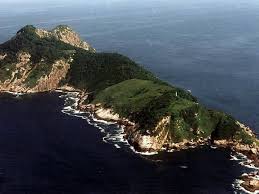 The snake island is located about 25 miles off the coast of Brazil measuring about 43 hectares 206 meters above sea level. No humans are allowed on Snake Island, all humans have been prohibited from entering the island by the Brazilian Navy, not only because it is a dangerous place to behold but also they are trying to preserve the population of the snakes, most of them are endangered species.

According to research, there are about one deadly snake per square foot on the island, meaning you can't take 2 to 3 steps without coming across on snake that is deadly- which is extremely not a place anyone can visit. History and legend has it that the last person to visit the place who was a fisherman who went too close to its shores was found days later in his own boat, lifeless in a pool of blood.

One of the most abundant snakes in that island is the golden lance-heads which is a very venomous snake whose poison is very potent. The snake is said to be responsible for most deadly bites in Brazil. A bit from this snakes could result in the following complications; intense pain, nausea, blood in vomit, blood in urine, blood blister, intestinal bleeding, kidney failure, cell death in muscular tissues, and many more.

This Satan's dwelling place could have been a good attraction sites for tourists because of how beautiful and how good the climate is, but as it is now life is more important than pleasure and i don't think most people would even consider it as an option.