Very Scary Genes We Can Inherit From Our Parents 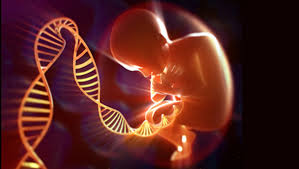 Genes, according to biology, are the basic unit of inheritance. You are what you are because of the characters you inherited from your father and your mother. We may have heard the case of people having the gene of being a criminal or others having the gene to maim and be violent. However, this may be true, because if you are to have the opportunity of exploring the genomes "collections of gene", it may leave you quite bewildered as to how many characteristics one tends to have even if those characters doesn't seems to show.

Below are weird and scary genes that one could possibly inherit from his or her parents.

The thought of suicide may run through most peoples mind but however, the impact of that thought varies from person to person. Scientists have discovered a link between depression, suicide, and a specific type of gene. In a particular study in 2011 revealed that one variant of a specific gene RGS2 gene could cause depression, while another variant could make people more prone to suicide. Researchers believe the RGS2 gene could explain why generations of the same family sometimes commit suicide.

In some people, it looks as if they are just biologically predisposed to infidelity. A 2010 study in the University of Binghamton, New York, has revealed that a variant of the DRD4 which is a specific gene in the body could actually make people more prone to cheating on their partners. This is because the gene helps to regulate a chemical in the body called dopamine. Dopamine is a chemical whose production is triggered by the brain.

Dopamine is responsible for things like motivation and sexual enjoyment- the level of production tends to be high in most individuals, and this could influence their lifestyle choices, like always being in the mood to gratifying one's own desires, ranging from sexual desires, gambling, and other social gratifications. The regulation of this chemical by the DRD4 gene could explain why some men and women tends to cheat. However, scientist have also said that this shouldn't be a guarantee for infidelity and that the effect can still be deterred.

It is an everybody's believe that women tends to live longer than men and I don't think anybody will ever doubt this fact. However, scientist have found a gene that is related to this phenomenon,  they call it the "mother's curse" gene. This gene is usually inherited from the mother. Both male and female tend to have the gene but the effect is more felt in males than in females. In females, it has no effect, they just have it and waiting for whom they will pass it. That's pretty bad !

I guess you may have wondered why women are talkative. A study that was conducted revealed that there is a gene responsible for this, the FOXP2 gene, which is one of the many genes responsible for speech. This gene is highly expressed in females than in males, the gene is also the reason why the region that controls speech in the hypothalamus of the brain is more developed in females than in males.This could also explain why women are more eloquent in their speech than men.