The Truths No One Told Us About Slavery 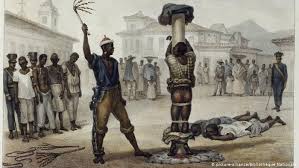 Slavery is one of the most inhumane practice in the world according to what we may have heard or learned. The philosophy behind slavery is usually driven by the ideology that "people are not created equal and that some people were made to serve others". But whatever the ideology may be, slavery is a practice that goes against humanity and something no one should engage in for whatsoever reason.

Slavery comes in different forms, it is caused by different things, and influenced by different factors. Some people may be a slave of themselves, others may be slaves of others, while some may be slave of situations. However, any condition that would make one not have control over one's own decision and judgment is regarded as slavery. For the sake of this article, we will be looking at the slavery that involves people being enslaved by others or being slaves to others.

The origin of slavery is something that no one would be able to trace, but however, there are most documented cases of slavery from history especially the transatlantic slave trade, which may be the primary focus of this article.

Below are things you may not have known about The transatlantic slave trade.

Slaves weren't somethings that was picked from the street. Slave ships traveling to Africa didn't just come across Africans and forcefully imposed slavery on them, the slave were gotten from somewhere and this could explain that Africans were the ones who sold other Africans as slaves.

Natives of particular tribes would sell others as slaves to those that came for purchase, the slaves were often prisoners of war who were captured or people that have no status in the society.

The First Slave Owner Was A Black Man

It was said that slavery began in the US in 1620 when the first 20 slaves arrived in Virginia. That is only partly true because these individuals were not really slaves. They were indentured servants—that is, people required to serve a master for a few years before regaining their freedom base on agreement, even the white people also serve as indenture servants as well.

After judgment, the court determined that Anthony could hold Casor in lifelong servitude, which effectively made him a slave for life. This made white people who own indenture servants to as well  approached the court so that their own servants too could become slave for life.

Several years after the judgment in Casor and Anthony’s case, Virginia officially legalized slavery this was the real birth of the transatlantic slave trade.

Whites Were Slaves Too

Transatlantic slave trade normally comes to mind whenever anyone hears slavery. However, the white where also captured as slaves too. The Barbary corsairs were pirates and slave raiders of the Ottoman Empire in north Africa who where predominantly Muslims. Initially they captured passengers traveling along Mediterranean sea then latter on they started raiding villages in England, France, Italy, and other European nations, capturing them as slaves. However, their raid stopped when the Europeans started attacking their ships.

Slave Owners Bred Slaves And Used Them As Currency

Slaves were encouraged to have as many children as possible so that the population of slaves can increase. Slavers have breeding farms where they kept a few male slaves with many female slaves Just to encourage breeding so that their children when matured could be resold to other states in exchange for money. Slave breeding became the mainstay of many states in the US because it generates a lot of money.

Running Away Was Considered A Mental Disorder

A slave is not permitted to run away from his master because running away was considered a disorder called "drapetomania" a mental disorder coined from Greek words for which means "crazy". The disorder is said to be caused by masters who treated their slaves like humans. However, whenever any runaway slave is captured, he or she is mercilessly beating to cure him or her of that disorder.