How Wi-Fi Was Invented By Mistake 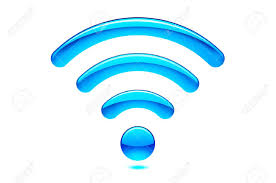 An Australian scientist by the name of John O’Sullivan was inspired by Stephen Hawking’s theory that small black holes may evaporate, sending out radio signals when they do. O’Sullivan was inspired by this theory and wanted to find out if the theory was correct. Whilst doing so, he found that these weak radio signals were hard to distinguish from the louder background noise of the entire universe. He then discovered a mathematical tool to spot out this signals and differentiate then from the background noise of the universe. However, the tool was OK but he was not success in finding a black hole’s radio waves on space.

In 1992, John O’Sullivan took a job with a company that was trying to make wireless communication between two or more computers. In trying to solve this puzzle, O’Sullivan revisited the principles and the tool he made initially while trying to study radio waves from black holes. On applying this tool and mathematical principles, he was able to successfully find a means through which to or more computers could communicate without wires. This was the breakthrough that brought about the birth Wi-Fi. God bless John O'Sullivan.