Unbelievable Things Some Countries Don't Have 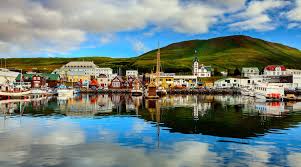 Military are special forces a nation should have due to what the world is becoming - where there are wars and rumors of wars every where. But however, Costa Rica is one country that sees peace as a role model. It has had no army or any military forces since 1948. It was at that time structured into their constitutions that the military would be abolished and the money would instead be directed toward improving the country's Education, culture, health sector and police force.

Most countries are beginning to tolerate the use of some specific hard drugs, like USA trying to legalize cannabis and Netherlands legalizing marijuana. While these countries only legalized some specific drugs, Portugal on the other hand since 2001 have legalized all types of hard drugs including cocaine. They had decided to treat drug use as a public health issue rather than a criminal offense. The unbelievable thing is that despite decriminalizing hard drugs, Portugal still have a low death rate of drug abuse when compared to other nations.

For a nation to be called a nation, there must be a governing body regulating the affairs of the country. But in 2011, Belgium broke the world record for being the only country without an official government for the longest period of time, a total of 589 days yet every thing still went smoothly.

It is said that no country in the world can survive on it own without having one or two external debt to his ass. But however, Brunei, a small country located on the island of Borneo in Southeast Asia defies this principles, they owes absolutely nothing to anyone. Not even a Naira or a Kobo.

It will be hard to hear that in this democratic world, some countries still do not have their own national anthem. A national anthem is a song that show case the values of a nation and demonstrate the patriotism of it citizens, and from a logical point of view, a countries national anthem should be reserved specifically for that country. However, the Republic of Cyprus has no national anthem, they have adopted the anthem of Greece since 1966.

It is a normal thing that all national anthems must have its own lyrics and wordings. Spain is a nation whose national anthem (“Royal March”) has no lyrics. However it once had lyrics but the lyrics where deemed to be too "Fascist" due to the fact that is was developed when Spain was still under "Franco's" dictatorship before becoming a democratic nation in 1978. From that time till date no one has been able to find a lyrics to the anthem without offending a particular set of people. You can confirm this when next you watch Spain international football, they barely say anything while others may just sing la la la la la la la la! just to say something.

It may sound unbelievable that Greenland an “autonomous region” of Denmark, has no grasses despite it name. The climate of this region is so harsh that one could hardly grow grass or any form of plant.

Mosquitoes are the world’s deadliest animals compare to any other animal in the universe, the death rate of this animal is higher than any other - It is found virtually in all nuns and cranny of the world but however, Iceland is one or the only nation in the world that have little or no mosquitoes.