Koreans Are The Only People Without Body Odor 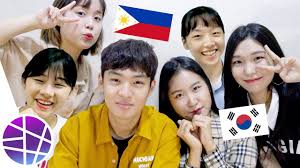 This may sound as a joke but its actually confirmed. Koreans are the only few people in the world without body odor.

Body odor is something everyone has despite the quality of their genes but is seems that Koreans have defied this law of nature.

A study at the University of Bristol found that Koreans, along with a majority of East Asians, got rid of the gene that causes body odor from sweat at some point in their evolution. The researchers weren’t sure of how the Koreans did it that no other people in the world could - but however they did it, Koreans don't have body odor. You can confirm from the next Korean you see.

But this doesn't mean that if they don't bath regularly they won't smell, of course they are going to stink like shit - but naturally they don't have body odor.