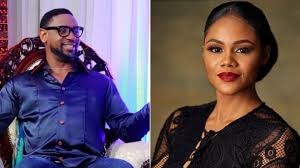 Disclaimer: The writer of this article is free of all prejudice. He is neither defending anyone nor taking sides with anyone.

The issue of rape has been in upheaval all over the world from centuries past till date. Most persons have been jailed for it, others have gone scot-free with it. While most cases may have been just a mere false allegations, on the other hand in other cases, the offenders have been proven guilty of the act.

This article is written in order to address the mishaps facing most rape cases and how some these case may appear or are rather not valid. It is no news that the general overseer of Common Wealth Of Zion, Pastor Biodun Fatoyinbo, have recently been facing some rape allegations levied against him. While he may be guilty of some of these accusations, others may appear invalid due to the lack of sound evidence to back up the claims.

Analyzing the situation on ground from a logical and a factual point of view without any prejudice, the rape case between Rev. Biodun Fatoyinbo and Busola Dakolo, wife of a popular gospel Nigerian musician Timi Dakolo, may be regarded as a conspiracy due to some unidentified reasons from the accusers. Below are facts that backed up this conspiracy theory.

* Mrs Busola Dakolo, claimed Rev. Biodun Fatoyinbo raped her at the age of 18 and took away her virginity, but obviously, it appeared that no one knew about the incident until now.

* She also claimed that the rape incident took place at Kwara State Illorin, how come she still worshiped with the ministry from that day till recently and even followed the ministry down to Lagos and Abuja where she became a chorister in that same church of a rapist.

* In the same church, she met her husband Timi Dakolo who was also a chorister and they got married with the advice of the the pastor and were joined together by that same pastor who was a rapist.

* Whoever that can recall vividly, some few years back, singer, Timi Dakolo, once bragged in his social media page that "he met his wife as a virgin and that he was the first to see her undies and the first to lay with her. If we are to believe what Timi had said, how come Rev. Biodun raped and deflowered Busola 18 years ago?

Factually speaking and without prejudice, while Rev. Biodun Fatoyinbo may be guilty of other rape allegations, this current rape episode for some unknown reasons may be guilty of conspiracy due to the conflicts in the facts supporting the claims.