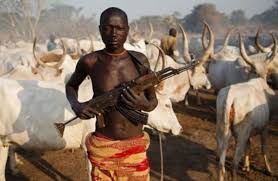 It is no news that President Muhammadu Buhari's government is planning on establishing the so called Ruga Settlement, A colony for Fulani herds men in all 36 states of Nigeria - which have left so many Nigerians still asking this unanswered question, Is This A Strategy of 'Islamizing' Nigeria?. We all know that the issue of islamizing the whole nation is no longer a news in the country and different strategies are been planned to achieve this aim. Now That the establishment of the Ruga Settlement is been planned, There is a need to be watchful and be vigilant. Islam is a religion that permits polygamy where a man can marry as many wives as he can which will also give a room for the birth of many children which grows population exponentially. If the Ruga settlement policy is achieved thereby permitting the establishment of colonies for the Fulani tribe across the 36 states of Nigeria then Nigerians should be ready to be an islamic nation. Freedom of religion should be fundamental right of all citizens and it shouldn't come by forceful imposition. Nigerians be watchful this might be a means to achieve an aim.