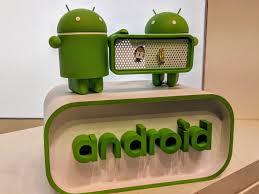 Andy Rubin, co-founder of Android, In 2013 claims that the popular mobile operating system was originally designed for digital cameras, not phones. Rubin said that the original concept, as pitched to investors back in 2004, was for 'a camera platform with a cloud portion for storing images online'. By the time Google acquired Android in 2005, however, the plan had changed. Rubin became a Google executive following the acquisition and Android was repurposed, to be developed for mobile handsets.