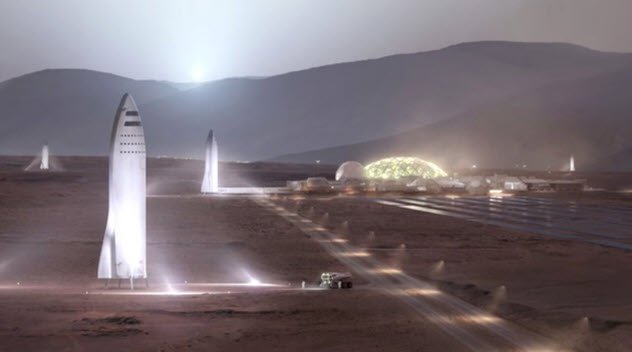 Everyone is excited about the possibility of a manned mission to Mars. There is even speculation that the first humans will land on Mars in the 2030s. Well! That could be true. But it is actually harder than it looks. A manned mission to Mars could remain a pipe dream considering current technology and political trends, especially in the United States.

There are also several problems over which we cannot curtail. This often involves our bodies and the conditions on Mars itself. It seems like Mars is out to kill the first humans who set foot on it—an opinion shared by several people including Elon Musk, who may revolutionize space travel. Nevertheless, we will keep our fingers crossed.

NASA cannot afford a manned mission to Mars. This was revealed in July 2017 when William Gerstenmaier, NASA’s chief of human spaceflight, revealed that the agency does not receive enough funding from the US government to make NASA’s first Mars landing scheduled for the 2030s realistic.

Humans are social creatures and often require interaction. Researchers fear this could become a problem during an expedition to Mars. A few years ago, researchers had a group of people live in an isolated habitat in the Arizona desert for a considerable period of time.

They noted that some participants soon suffered from depression and mood swings. Some also became hostile and mostly did not talk to each other for 18 months. Their few interactions were limited to brief conversations about running the facility. Although the team later had psychologists to help them, astronauts on Mars will not have the same privilege.

In January 2004, the NASA space rover Opportunity landed on Mars for a 90-day mission (in Mars days) to find evidence of water on the Red Planet. Opportunity completed its assignment almost immediately and went on to complete more missions over 15 years. Its surprising survival streak ended in June 2018 when it lost contact with NASA during a dust storm. And this could be a huge problem.

A study by PhD students at the Massachusetts Institute of Technology (MIT) revealed that a human colony on Mars could die of starvation. The group based their study on the manned mission planned by Mars One.

The organization wants to set up a human colony of 25–40 individuals on Mars by 2025. Food will be provided by crops grown inside the habitat of the colonists. An MIT study to simulate that habitat has revealed that the astronauts will need to choose between getting enough food or oxygen.

The food and oxygen levels in the habitat are linked because plants produce oxygen as a by-product. On Mars, that oxygen will be used to sustain the lives of the astronauts. The MIT study revealed that the plants will produce excessive oxygen if they produce enough food to feed everyone in the habitat.

This will clearly be detrimental to the lives of the astronauts because breathing excessive amounts of oxygen could kill them. However, the oxygen levels would be balanced if the plants produce lesser amounts of food, which would not be enough to feed everyone. The researchers say that this problem could be solved by developing an “oxygen removal system,” which does not exist for now.

The race to land the first human on Mars is currently led by NASA, SpaceX, and Blue Origin. In fact, all three organizations already have spacecraft that could take us to Mars. However, their rockets use dangerous fuels and would take too long to get to Mars from a human safety perspective.

As the possibility of long-term manned space missions to the Moon and even Mars becomes a reality, scientists have started to grapple with the problems posed by performing surgery in space. The unique environment of space means sick astronauts are likelier to die of minor wounds and infections there than on Earth.

Mars is filled with toxic dust that could hamper a manned mission to the Red Planet. Mars dust exists as round, fine, electrically charged silicate particles that will stick to astronauts’ suits. The dust will be difficult to remove, raising concerns that it could get into the astronauts’ base and clog crucial instruments and systems including water purifiers and air filters.

Space is filled with dangerous cosmic rays and irregular solar storms that could cause intense radiation. Scientists predict that astronauts traveling to Mars will be exposed to radiation levels up to 20 percent more than they will ever receive during their lifetimes on Earth. This intense radiation could cause heart, lung, and eye problems as well as neurological disorders, cancer and other gene mutations.

Human bodies have a hard time adjusting to the zero gravity levels. This can be a crucial problem during and after a trip to faraway Mars. Astronauts would have to cope with three different gravitational fields during a voyage to Mars.

Using current technology, an expedition to Mars will be a one-way trip because astronauts who travel to Mars might not be able to return to Earth.