Facts That Shows That Wars Of The 20th Centuries Were Planned 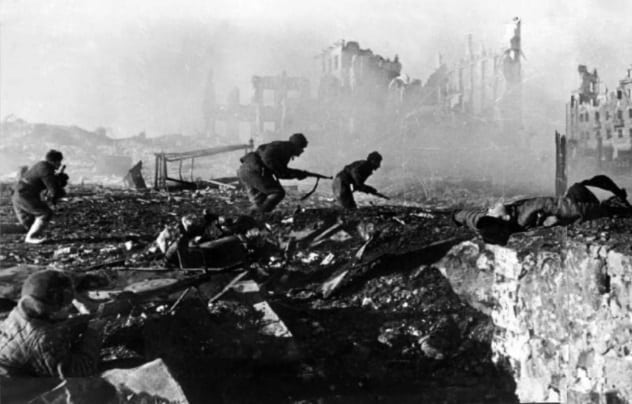 It’s one of the most popular conspiracy theories, largely because a lot of the claims have at least partial facts to them. Some believe that events of the 20th century, in particular the two global conflicts that left millions upon millions slaughtered and changed the face and direction of the entire planet, were not only orchestrated, with the same people controlling both sides, but were planned meticulously.

The Seeds Of The Russian Revolution

The Russian Revolution took place in 1917 following the horrendous conditions on the Russian front lines during World War I, anti-establishment sentiment had been building for decades. And what’s more, it would appear that outside involvement was indirectly responsible for at least part of it.

Russia was encouraged to sign what were presented to them as “mutually beneficial” pacts with countries such as France and Britain. In reality, these agreements would isolate them and put them at odds with long-term allies such as Germany. They were also “encouraged” into a war with the Japanese from 1904 to 1905, a war that deeply demoralized the nation and led to an unsuccessful uprising.

What’s interesting about this conflict, in what is an apparent recurring theme throughout the 1900s, is which parties were responsible for financing the Russo-Japanese War. The Russians (officially the Romanov royal family of Russia) received funding from the European banks of the Rothschild family. The Japanese were funded by an American bank called Kuhn, Loeb & Co.—which was controlled by the Rothschilds, the very same family who controlled the European banks. Officially, Jacob Schiff represented Kuhn, Loeb, & Co., and it is well-established that the Schiff and Rothschild families share ties going back hundreds of years.

By the end of World War I, not only were millions of people dead, their lives needlessly ended, but Europe would never be the same again. Just to appreciate how drastically the Treaty of Versailles changed Europe, nine new countries emerged from the ruins. Many of them were restored nations that once existed before being absorbed into the Central Powers of Europe. The balance of power had drastically changed.

Furthermore, this change was not yet complete, as further upheaval and the even worse horrors of World War II were a mere two decades away. It is reasonable to suggest that the destruction and then the reparations that followed intentionally lit the fuse for further conflict, particularly in Germany, where Adolf Hitler would use the crippled German economy to his advantage in his sweep to power. Once there, he would begin his rampage over Europe, claiming past “empires” as part of the new Germany. However, the initial assault on Europe, specifically Eastern Europe, was not just a German offensive.

In a similar way to how many pacts were signed in the run-up to the World War I, in the decade before World War II, Nazi Germany and the Soviet Union would sign various pacts and treaties of their own.

These treaties, such as the Molotov-Ribbentrop Pact or the German-Soviet Credit Agreement, would guarantee that neither country would go to the aid of an enemy of the other. They also looked out for each other’s interests, while “turning a blind eye” to any indiscretions of the other. In addition, the agreements allowed for the transferring of materials such as rubber and steel, as well as money, from one country to the other with no disruption.

The Soviet Union and Nazi Germany had quietly created a “sphere of influence” throughout Eastern Europe, one that would be detrimental to the power and influence of Britain and France. With this in mind, it is also worth remembering that the invasion of Poland was not just by Germany. Soviet forces invaded from the other side. They would also take control of Latvia, Lithuania, and Estonia, while the Germans pummeled the French.

Even after the Nazis’ intentions were clear, and after Britain had declared war on them in response, the Soviet Union would still make deals with them. And these deals, whether intentional or not, would greatly assist in helping Nazi Germany to build up their arms as quickly and as powerfully as they did. In fact, some historians will tell you bluntly that without these pacts and Soviet assistance, the rise of Nazi Germany, at least in the form the world saw it, wouldn’t have been possible.

The 1940 German-Soviet Commercial Agreement made the movement of oil, raw materials for weapons production, and even grain to feed Nazi soldiers far easier. And the materials, food, and funding moved regularly and as required. In return, Nazi Germany allowed the Russians access to their scientists’ leading research.

The soviet Union did all but actively support the Nazi invasions, instead launching their own separate offensives, laying claim to territories they had long coveted. However, according to some, Stalin and other high-ranking Soviet officials were greatly impressed with Nazi Germany. In the late 1930s and early 1940s, Soviet premier Vyacheslav Molotov gave several deeply passionate and supportive speeches on the subject of Nazism and Nazi Germany. He would at one stage suggest that to “fight [Nazism] was a crime.”

It is also worth noting how similar the methods used by the Soviet Union were to those of the Nazis, such as their propaganda. Many Jewish people would flee Stalin’s Russia and into the arms of the Nazis. Others were turned over to the Nazis by Soviet troops.

Some researchers also claim that Stalin was so enamored with Nazi Germany that when intelligence reached him telling of a surprise invasion by the Nazis, he delayed a response, believing there had been a mistake. Utlimately, the Nazis would make considerable advances into Russia, but by December 1941, the Soviet troops were actively pushing them back. It is an interesting notion to think what might have happened if Hitler had not invaded the Soviet Union when he did. However, if you subscribe to the conspiracy theory of “unseen forces” directing events, the choice may not have been his to make.