The Secrete Behind Sansa Stark's 'GOT' Audition 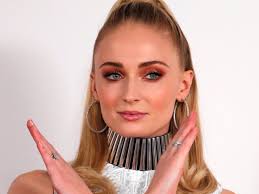 Sophie Turner's parents were unaware she auditioned for Game of Thrones at the age of 13.

The actress, now 23, portrayed Sansa Stark on the hit fantasy series for eight seasons and in a sit down with Dark Phoenix co-star Jessica Chastain for Vogue Paris, admitted she kept her try-out for the life changing role a secret.

During the discussion, the 42 year old asked Turner what her parents initially thought of her wanting to be involved with the HBO show.

“Well, I didn’t tell my parents I auditioned for Game of Thrones, they just kind of found out,” Turner revealed.

The blonde beauty explained the show's casting director, Nina Gold, went around to several schools to scout talent for the production, leading Turner and her friends to attend the audition for a laugh.

“Me and all my friends auditioned,” she continued. “We just thought it was kind of a fun, jokey thing to do. And then I just got callback, after callback.”

She eventually had to come clean to her parents as it became clear she had a great chance at landing the part.

“My parents found out when I was in the final seven, and then my mum kind of freaked out, and she called my dad and said, ‘I don’t know if we can do this,'” she said. “But my dad said, ‘Shut up, this is what she has wanted her whole life. You have to let her give it a go.'”

Eventually, Turner's mum Sally became one of her biggest supporters, bursting with joy when her daughter was cast in the show.

“She jumped on me and said, ‘You got the part,’ and we both ran and jumped in the pool and ate loads of pizza that whole day," she shared. "It was the best day ever."