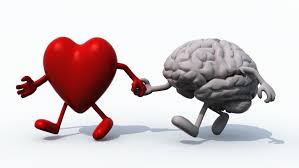 The strong link between brain health and heart health is reinforced in a new study. The research showed that as cardiovascular health falters, so too does thinking and memory.

In one of the largest and longest studies of its kind to date, researchers studied a group of nearly 8,000 people in the United Kingdom. The participants were over 49 years of age and their health was tracked from 2002 to 2017.

Everyone in the study had relatively healthy hearts and brains at the beginning of the research. People with a history of stroke, heart attack, angina, dementia or Alzheimer's disease were excluded

But over 15 years of follow-up, nearly 6% of the participants did go on to suffer a heart attack or angina (chest pain), according to a team led by Wuxiang Xie, a research fellow at the Imperial College School of Public Health in London.

The researchers found that all of these participants also displayed a faster decline in their mental function, concurrent with the heart trouble.

Patients who suffered from angina had a significant decline in tests of "temporal orientation" -- being able to accurately state the current date, day of week and time. Patients who had a heart attack showed a substantial decline in tests of verbal memory (assessed by a word-memory test) and language fluency. They also had the worse cognitive decline overall, the researchers found.

All of that is important, because "even small differences in cognitive function can result in an increased risk of dementia in the long-term," Xie said in a news release from the American College of Cardiology.

"Because there is no current cure for dementia, early detection and intervention are essential to delay the progression to dementia," Xie said. "Heart attack and angina patients need careful monitoring in the years following a diagnosis."

The connection between declines in memory and thinking and heart disease may be as simple as the brain not getting the amount of oxygen that it used to, the researchers theorized. Tiny "microinfarcts" -- heart-linked damage to small vessels in the brain -- might hamper blood flow and oxygen supply.

Two U.S. experts who reviewed the findings agreed that the heart-brain connection is crucial to health.

"This study further emphasizes that approaching the body holistically is crucial for brain health and to prevent dementia," said Dr. Gayatri Devi. She is a neurologist specializing in memory disorders at Lenox Hill Hospital in New York City.

"Brain health is dependent on heart health and health of the entire individual," Devi added.

Dr. Guy Mintz directs cardiovascular health at North Shore University Hospital in Manhasset, N.Y. He called the new study "a wake-up call for physicians to improve the risk factors associated with atherosclerosis [hardening of the arteries] early in life."

Mintz pointed out that "patients can live with heart disease, but patients and their families suffer from decline in brain function. Watching someone become mentally lost in life is tragic and, in some cases associated with atherosclerosis, may be preventable."

Devi stressed that keeping the brain sharp involves fitness of both mind and body.

"It is not enough to do Sudoku or crossword puzzles. It is just as important to take care of the body," she said. "Proven ways to prevent brain disease, including Alzheimer's dementia and stroke, are to take better care of one's heart and body, by exercising, eating and sleeping well, and refraining from smoking."

The new report was published June 17 in the Journal of the American College of Cardiology.