Blindness Is Coming To An End In The World 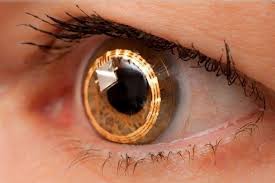 According to WHO estimates, around 1.3 billion people around the world are diagnosed with vision impairment. Many of them suffer from degenerative retinal diseases that cannot be cured. Completely curing blindness would certainly be considered a futuristic proposition, and thanks to groundbreaking research into retinal implants that perfectly mimic the human eye, we may already have the tech to do it.

Recently, scientists made a retinal implant that works exactly like the real thing and successfully tested it in rats. We’d like to note that eye implants already exist, though none of them could fix the damage done to the retina as it’s responsible for taking the information seen through the eye to the brain. This new tech can fix the eye and be used as a replacement for the retina and photoreceptor cells, something that wasn’t possible before.

In other research, scientists have created a 2-D material that could be used to make an artificial retina. Combine that with the above implants, and we may already possess the tech required to eradicate blindness. However, it will be at least a few more years until it’s perfected and made affordable enough for the masses.