Satanists Claim They Don't Believe In Satan And Magic 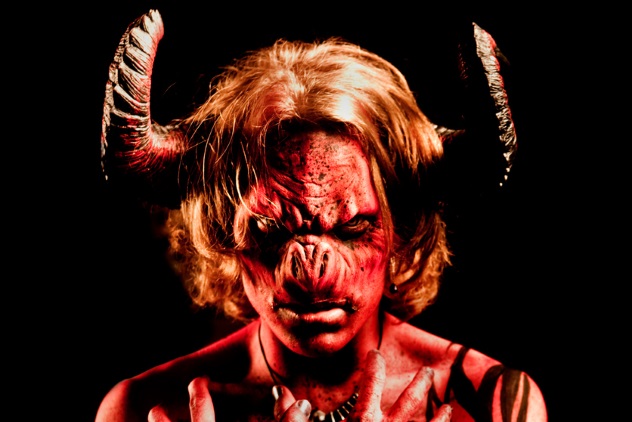 To members of the Satanic Temple, the figure of Satan isn’t a being to be worshiped or invoked. Instead, he serves as a metaphor for liberation from all sorts of oppression, both physical and mental. Complete autonomy over one’s own body and mind is a prominent tenet, and the temple’s view of Satan is a pathway toward that freedom, leading to liberation from blind following of any kind of dogma.

In an interview, leader Lucien Greaves further explains the symbolic meaning of the temple’s placement of the Baphomet monument at the Oklahoma state capitol building. Since the state’s government officials insisted that the Ten Commandments statue wasn’t funded with any tax money, the Satanic Temple called them on their hollow reasoning by funding the Baphomet statue with only private donations as well. After all, the legislators shouldn’t have any problem with any religion’s privately funded monument, right? The resulting outcry exposed the opposition’s hypocrisy, and it also gave the Satanic Temple the chance to further explain how their symbology of Satan is liberating rather than oppressing.

While members of the Satanic Temple perform certain rituals, their approach is one of self-affirmation rather than one of the more traditional views of magic. The latter refers to manipulation of energies according to one’s will. Before participating in any protest, members use some elements of ritual to keep their tenets of protest ethics in mind. These include the temple’s belief in the right to free speech without harassment, the need for a specific and logical desired direction of change, and a definite position about the issue being protested.

Their approach to protest participation reflects the temple’s emphasis on independent critical thought and civic action over time spent on magic practices in hopes that outcomes will just happen.