Technology That Can Make You Present Everywhere 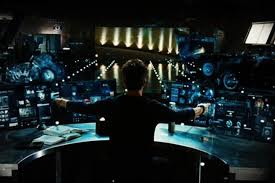 However, many researchers are hard at work trying to overcome that limitation, no matter how impossible it sounds.

Imagine a world where you could have sex with someone across the world like you were there or conduct a remote conference with a version of yourself that could replicate everything you do, including handling things from far away. The concept is so futuristic that we aren’t even able to wrap our heads around how it could be possible. However, a technology developed by researchers at MIT is already able to do just that to a large extent.

Known as inFORM, it’s a shape-shifting interface that can take input from a remote location and precisely replicate those actions in another. inFORM is only the name of the interface, though, as they’re now building quite a few other applications on top of it.

Materiable for example, is one of those applications that allows you to remotely handle objects and has even been successfully tested in the lab. It’s able to mimic the properties of a lot of materials found on Earth, like sand, water, and rubber.

Remote handling is only one of its applications as we don’t even know everything that it could be used for yet.