World Billionaires Who Made Their Money From Crime 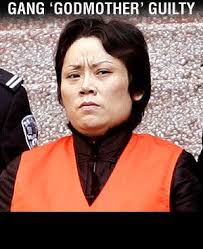 Imagine a gangster, crime lord or drug lord and you probably think of bloodshed, guns, fast money and a rich lifestyle. Gangsters are also known to make a lot of money, even though the ways they do so often lacks integrity. From drug trafficking to different forms of financial scams, crime is extremely lucrative.

Al Capone, the American gangster who ran the Chicago Mafia, made most of his money during prohibition. By 1929, Capone's income from the various aspects of his business included: $60 million from illegal alcohol, $25 million from gambling establishments, $10 million from vice and another $10 million from various other rackets. It is claimed that Capone was employing over 600 gangsters to protect his business from rival gangs. Based on inflation, his empire would be worth about $1.3 billion today.

Pablo Escobar controlled the majority of the cocaine in Colombia and built his wealth by flooding the U.S. market with the drug. Forbes named Escobar one of the richest men in the world seven years in a row. By 1987, Escobar controlled an estimated 40 percent of the Medellin drug cartel's business. In 1989, based on public records, Forbes valued his net worth at $3 billion. Clearly this was a very conservative estimate, considering he offered to pay off the national debt of Colombia, which stood at $10 billion at the time. According to CelebrityNetWorth.com, his net worth was $30 billion, all profits from his cocaine business.

Frank Lucas had a unique business model. He would procure heroin directly from opium king Khun Sa in Vietnam. Lucas hid heroin in coffins and flew them in from Vietnam to the United States. He was supposedly making $1 million a day at the peak of his business, and had an estimated $52 million stashed away in the Cayman Islands.

Griselda Blanco, also known as the Black Widow, was a drug lord for Pablo Escobar's Medellin cartel. Reports claim that she was worth $2 billion at her peak. She was best known for her ruthless contract killings. Ironically, she was recently shot by a contract killer in Medellin.

Dawood Ibrahim allegedly orchestrated the Mumbai bomb blasts in 2008. Starting off as a small time hustler, he has now become a global player in the terror network. He is said to have close ties with terrorist groups like Al-Qaeda. He is also said to be worth about $6.7 billion.

Xie Caiping ran a gambling racket in cahoots with several government officials. She is currently serving 18 years in jail. Her gambling den has made $293,000 since 2004.

As an economics graduate, Semion Mogilevich has a diversified portfolio. His financial crimes include wire fraud, mail fraud, money laundering and securities fraud. He is said to be worth $10 billion.

Puerto Rican drug lord José Figueroa Agosto is said to have amassed millions from his drug racketeering. He rose in the ranks of his criminal organization after killing a driver who allegedly stole a shipment of cocaine. After being caught and convicted for the murder, he was sentenced to more than 200 years in prison. However, he walked out of prison with a forged order of release. His organization was controlling 90 percent of the drug traffic from the Dominican Republic to Puerto Rico. CelebrityNetWorth.com estimates he was worth $100 million. He is currently facing 205 years in prison.