Odd Diseases Without a Known Cause 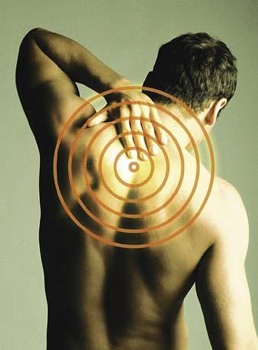 This list deals with odd diseases that have no known cause – or at least no consensus on cause. Most are rare, and they all share the common attribute of having unusual symptoms.

Gulf War syndrome (GWS) is an illness reported by combat veterans of the 1991 Persian Gulf War typified by symptoms including immune system disorders and birth defects. It has not always been clear whether these symptoms were related to Gulf War service or whether the occurrence of illnesses in Gulf War veterans is higher than comparable populations.

Symptoms attributed to this syndrome have been wide-ranging, including chronic fatigue, loss of muscle control, headaches, dizziness and loss of balance, memory problems, muscle and joint pain, indigestion, skin problems, shortness of breath, and even insulin resistance. While the cause of the syndrome is unknown, some theories put forth are anthrax vaccines given to soldiers, the use of depleted uranium for weaponry, or exposure to chemical weapons destroyed in various bombings. There is also speculation that it may be caused by an unknown bacteria.

Also known as multiple chemical sensitivity (MCS), Twentieth-Century Disease is described as a chronic condition characterized by adverse effects from exposure to low levels of chemicals or other substances in modern human environments. Suspected substances include smoke, pesticides, plastics, synthetic fabrics, scented products, petroleum products and paints. But here is the odd thing: blinded trials have shown that MCS patients do not actually react to chemicals, but they do react in unblinded tests when they believe they are being exposed to a trigger. The cause of the disease is unknown. It was the focus of the odd 1995 film “[SAFE]” featuring Julianne Moore.

Stiff person syndrome is a bizarre (and rare) disease which causes the sufferer to have random muscle spasms that can be so strong they cause the person to fall over – leading to broken bones. SPS is characterized by fluctuating muscle rigidity in the trunk and limbs and a heightened sensitivity to stimuli such as noise, touch, and emotional distress, which can set off muscle spasms.

Abnormal postures, often hunched over and stiffened, are characteristic of the disorder. People with SPS can be too disabled to walk or move, or they can be afraid to leave the house because street noises, such as the sound of a horn, can trigger spasms and falls. SPS affects twice as many women as men.

Morgellons disease is characterized by symptoms including crawling, biting, and stinging sensations; finding fibers on or under the skin; and persistent skin lesions (e.g., rashes or sores). Current scientific consensus holds that Morgellons is not a new disorder and is instead a new and misleading name for known illnesses.

Most doctors, including dermatologists and psychiatrists, regard Morgellons as a manifestation of known medical conditions, including delusional parasitosis, although some health professionals believe that Morgellons disease is a specific condition likely to be confirmed by future research.

Researchers have found that affected skin when studied under a microscope can contain thousands of tiny hairs which may be being produced by the body (though they are not on record as being typical human hairs), but are not manmade or from plants. A New Mexico doctor reports that a former CIA agent told him the disease was caused by the French. “A botched government experiment contaminated the water. All Evian drinkers are at risk.”

Cyclic vomiting syndrome is a condition whose symptoms are recurring attacks of intense nausea, vomiting and sometimes abdominal pain and/or headaches or migraines. Cyclic vomiting usually develops during childhood; while it often ends during adolescence, it can persist into adult life. Onset of the condition is possible at any age but is seen to occur more often in a young age. Sufferers may vomit or retch six to twelve times an hour and an episode may last from a few hours to well over 3 weeks.

Some people may find it hard to conceive how anyone can vomit after that length of time, as the stomach will have emptied after the first few instances of vomiting. Acid, bile and (if the vomiting is severe) blood may be vomited. It results in lack of sleep, normal eating, and concentration. The cause of CVS has not been determined, there are no diagnostic tests for it.

The symptoms of nodding disease are very peculiar. When a child is affected by it, his/her growth appears to be completely and permanently stunted. The growth of the brain is also stunted, leading to mental retardation of the victim. The disease is named nodding disease since it causes pathological nodding.

This is a seizure which begins when the victim begins to eat food, or when he/she feels cold. As soon as either of these conditions is met, the afflicted will immediately begin to nod. These seizures are brief and halt after the child stops eating or when they feel warm again. However, this symptom is very unusual as the victims don’t appear to suffer from seizures when they are given an unfamiliar food, for example a candy bar. The seizures can be severe and cause the child to collapse, leading to further injury.

Sweating sickness was a mysterious and highly virulent disease which struck England and later Europe in a series of epidemics, the first beginning in 1485 and the last in 1551, afterwards apparently vanishing. The onset of symptoms was dramatic and sudden, with death often occurring within hours. The cause is the most mysterious aspect of the disease. Commentators then and now put much blame on the general dirt and sewage of the time which may have harboured the source of infection.

The first outbreak at the end of the Wars of the Roses means that it may have been brought over from France by the French mercenaries whom Henry VII used to gain the English throne, particularly as they seem to have been immune. The fact that the disease seems to have been more virulent among the rich than the poor suggests why it was judged noteworthy in comparison to the other illnesses of the time. Pictured above is Charles Brandon, Third Duke of Suffolk who died together with his brother of the sweating sickness.

Exploding head syndrome is a condition that causes the sufferer to occasionally experience a tremendously loud noise as originating from within his or her own head, usually described as the sound of an explosion, roar, waves crashing against rocks, loud voices, or a ringing noise.

This noise usually occurs within an hour or two of falling asleep, but is not the result of a dream and can happen while awake as well. Perceived as extremely loud, the sound is usually not accompanied by pain. Attacks appear to change in frequency over time, with several attacks occurring in a space of days or weeks followed by months of remission. Sufferers often feel a sense of fear and anxiety after an attack, accompanied by elevated heart rate.

The cause of the exploding head syndrome is not known, though some physicians have reported a correlation with stress or extreme fatigue. The condition may develop at any time during life and women are slightly more likely to suffer from it than men. Attacks can be one-time events, or can recur.