Meet The Most Pierced Man On Earth 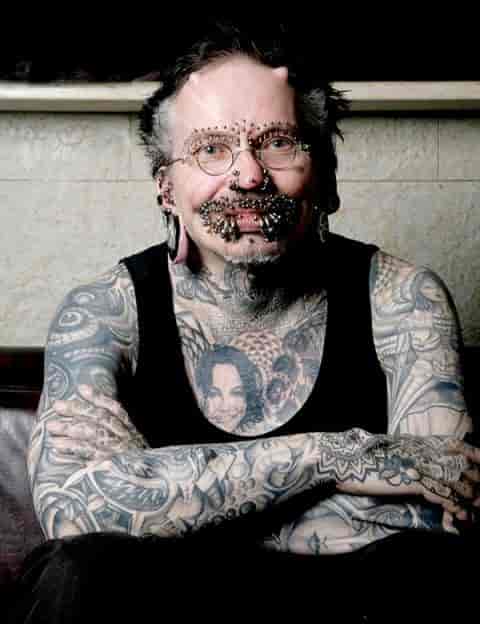 People Can really be addicted to very weird stuffs. Here is the most pierced man in the world according to Guinness Book - He pierces his body for fun and because he wants to look different from a normal person out there. Gush! that's really weird.

Not only this, this person is also very much interested in making tattoos allover body, because of this tattoo and ring in the body of this person, the name has been registered in the Guinness Book.
But due to these rings, he has suffered a lot of problem. When he was going to Dubai, he was caught by the police at the airport and refused to enter Dubai. Dubai police felt that this person was a magician But after gathering information about him, it was proved that he was a common man, then he got permission to go to Dubai.