Meet The Man Who Drinks Urine In Order To Stay Young 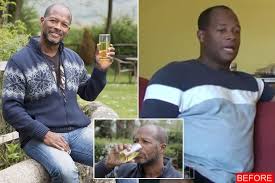 You may have heard of people who insist that drinking your own—and, in some extreme cases, other people’s—urine is good for health. As long as they’re not harming anyone in the process, there’s not much we can do to convince them otherwise. Even if no scientific study has ever proven a correlation between that behavior and any health benefits, it’s more of a case of “to each his own” and we respect that.

Sometimes, though, it can go well beyond a general preference for human urine as food. Quite a few people have reported that they start getting withdrawal symptoms if they don’t get their daily fix of urine.

For example, Robert Wells, who is in his sixties, can’t stop collecting urine from younger people—often without their knowledge—and drinking it. He admits that it’s an urge he can’t control. In fact, he has been charged with multiple sex offenses for going out and collecting pee from kids.

Wells believes that urine from young people will help to keep him looking young for a longer time.