Scientific Mistakes That Led To The Discovery Of New Products 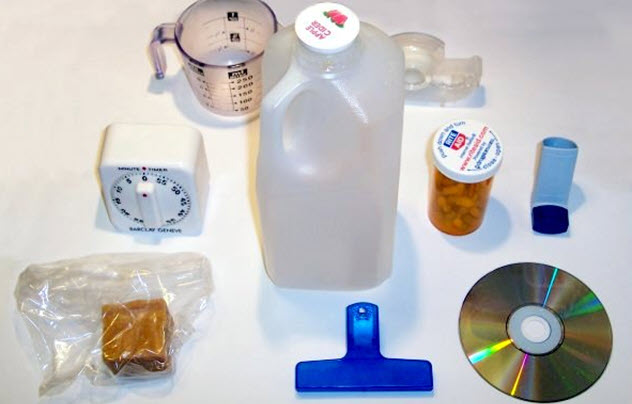 Science is growing on a daily basis and new products are been discovered daily. These products are invented in order to solve a problem or fulfill a need. Scientists and inventors often spend years researching and refining their discoveries.

However, it is surprising to find out that many common household items were created by mistake during this research process. Some inventors found that a lab mistake could be adapted to a new purpose straightaway. Others were discarded, only to be repurposed many years later.

Most households around the world wouldn’t be without these laboratory mishaps today.

Man has been using glass since the earliest civilizations. We use it in windows, cookware, jewelry, and decorative items. Blowing glass into decorative pieces is an ancient art form.

However, the main limitation of glass has always been the fact that it breaks into jagged, potentially dangerous pieces. So it is surprising to find that it was only in the last century that someone found a way to make glass safer.

Today, you will find safety glass in motor vehicles, windows, and cookware. It is tougher and less likely to break into jagged shards. Yet this stronger glass was discovered by accident rather than design.

French chemist Edouard Benedictus accidentally knocked a glass beaker onto the ground in 1903. He was surprised to find that it shattered but did not actually break as it contained cellulose nitrate which had left a film inside the glass.

This plastic-coated glass was further developed during the early 1900s and was first used for the lenses in gas masks during World War I. Various forms of safety glass have been developed since Benedictus’s discovery, and today, safety glass is mandatory in cars, buildings, and some cookware.

There are very few homes today without a microwave oven. The handy kitchen appliance certainly changed the way we cook. However, the microwave wasn’t an intentional invention. Percy Spencer, a radar engineer, was conducting experiments on a magnetron, a new vacuum tube in 1945.

During the experiment, Spencer noticed that a chocolate bar in his pocket had melted. He grabbed some popcorn and, to his surprise, found that the magnetron also made the popcorn “pop.” He had accidentally stumbled upon a new way of cooking.

Raytheon marketed the new microwave oven as a “RadaRange” in 1946. The initial ovens were costly and too bulky for most kitchens. They were the size of a modern refrigerator and took 20 minutes to warm up before you could actually cook anything in them.

It wasn’t until the late 1960s that the smaller, cheaper versions found in most homes were developed.

We can find plastic everywhere in most modern homes—from kitchenware to toys, furniture, and even packaging. Society is becoming increasingly aware of the environmental effects of this man-made substance, with worldwide attempts to minimize the use of plastic.

Ironically, plastic was developed to protect wildlife by reducing the need for ivory, tortoiseshell, horn, and other animal products as well as minimizing the industrial use of our natural resources.

In 1869, John Hyatt answered a New York firm’s call to find a substitute for ivory billiard balls. He found that combining cellulose (derived from cotton fiber) with camphor produced a substance which was flexible, strong, and moldable.

His newly discovered “celluloid” could be used in manufacturing instead of animal by-products, and it was even used in filmmaking. This new synthetic product would reduce the slaughter of animals for the use of their horns, tusks, and shells in manufacturing.

Leo Baekeland was researching an alternative electrical insulator to shellac in 1907. Expanding on Hyatt’s invention, he developed “Bakelite,” the first fully synthetic plastic which could also withstand extremely high temperatures without melting.

Chemical companies soon began researching and developing new plastics for every use imaginable—from wartime equipment to furniture, cookware, and motor vehicles. The applications for plastic were endless.

Given the origins of plastics, it is ironic that they have become an environmental concern, with more people returning to naturally produced products.

A researcher at Eastman Kodak found himself in a sticky mess when he was trying to invent a plastic lens for gunsights during World War II. Yet a handy little tube of the adhesive he had discovered can probably be found in most kitchen drawers around the world.

Harry Coover initially thought that his cyanoacrylate was useless as it stuck to absolutely everything it touched.

In 1951, he and colleague Fred Joyner were looking for a temperature-resistant coating for jet cockpits. After spreading the cyanoacrylate between two lenses during scientific experiments, they were alarmed to find that they could not pull the lenses apart, which ruined expensive laboratory equipment.

It was then that they realized the potential for this glue, which almost instantly bonded two surfaces together. Super Glue was first marketed in the late 1950s and has become a popular remedy for many small household repairs today.

We probably take the protective packaging in most parcels for granted. Many people enjoy popping the small air-filled pockets in the Bubble Wrap in which their parcel contents were wrapped.

But did you know that Bubble Wrap was initially meant to be a textured wallpaper?

In 1957, scientists Alfred Fielding and Marc Chavannes put two shower curtains through a heat-shrinking machine in an attempt to develop a textured wallpaper. The result was a sheet of plastic covered in tiny air bubbles. Their efforts to use the product as a greenhouse insulation also proved to be a failure.

In 1960, IBM was looking for a way to protect delicate computer components during transport. Fielding and Chavannes’s cushioned plastic was the perfect solution to their problem.

The usefulness of “Bubble Wrap” soon caught on and is the world’s most common packaging material today.

There are hundreds of uses for the humble safety pin. Clothing pins have been with us for thousands of years. However, the pointy ends were prone to give the wearer a nasty jab.

In 1849, New York mechanic Walter Hunt was sitting in his office fiddling with a piece of wire as he tried to come up with a way to pay a $15 debt.

He found that he had successfully twisted the wire into a useful object. He could see how the item in his hands could be used as a pin. The piece of wire now had a coiled spring at the bottom. Hunt added a clasp to the top, allowing the pointy end of the safety pin to be secured at the top and preventing users from being stabbed with the sharp end of the pin.

A clever inventor, Hunt was unfortunately not a sharp business man. A few years earlier, he had invented an eye-pointed needle sewing machine. He failed to patent his invention as he feared that it would cause people to lose their jobs. His design was later copied and marketed by others.

While he did patent his safety pin invention, he sold the rights to the patent to the person to whom he owed the money.