The Way We Would Have Looked If Human Had Evolved Differently 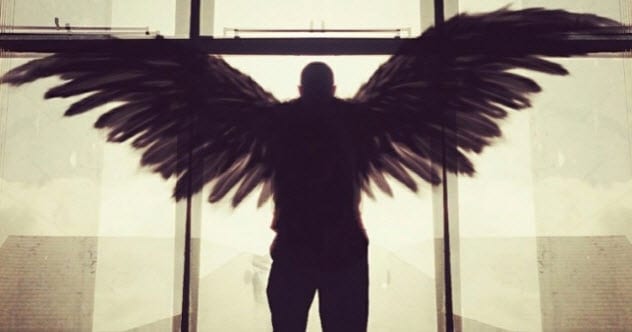 For thousands of years, life on Earth has undergone several changes to adapt to the constantly changing environment of our planet. Through natural selection, the best-adapted organisms survives and transmit their most dominant and efficient characteristics to their offspring and successive generations. In this way, humans evolved over time to become the dominant species of this world.

But what if the history of the origin of human beings had been different? What if the environmental conditions that forced us to evolve had been distinct or if our ancestors had been others?
We now take our physical nature for granted, including our appearance and abilities. But had human evolution followed another path, it is likely that our appearance would not be “human” at all. In this list, we are going to see from a scientific point of view some of the most radical bodies that humans would have had under other evolutionary conditions if things where to be different from our present evolvement.

Evolutionary changes in living beings are not immediate. Even when the environment suddenly changes, the physical adaptations required to survive in it can take thousands or millions of years to occur. That is why, after millennia of progress as a civilization, humans are not as well adapted to our world as we would like.

Many of our physical features are obsolete, developed in times when our ancestors lived more “naturally,” or primitively. But now we need other adaptations to survive in urban societies, and science claims to know what those necessary changes would be. The resulting body after such modifications, however, is quite bizarre.

Based on a scan of her own body, British biologist Alice Roberts applied the adaptations that scientists believe are necessary for our modern lives. Although the final body is far from our typical concept of beauty, Roberts says that it is the “perfect human body.”

Among some of its most notable features, the eyes are bigger to eliminate blind spots and the ears are larger to capture even the most subtle sounds. Its legs are made to run at high speeds, and its spine is shorter to better support body weight.

As natural births produce great pain for women, childbirth is solved with a bag in the abdomen to carry the newborn. Yes, the “perfect humans” would be marsupials like kangaroos. Their lungs would be like those of birds to better oxygenate the blood, and their hearts would be more complex like those of dogs. To complete the picture, the skin of these humans could change its tonality, thus avoiding the risk of skin cancer.

Human beings have a natural speed limit for the sake of our health. For millennia, we used only the power of our legs to move. Then we created the first self-propelled vehicles, which were capable of moving us at higher speeds.

But evidently, an artificial invention like that has its negative effects on unadapted bodies like ours. A traffic accident at low speed can cause serious physical injuries, while a car crash at high speeds can turn us into meat puree.

So, how would we be if we had evolved to withstand traffic accidents? Well, experts in Australia have formulated an answer that is both interesting and creepy. Meet Graham.
Graham is the result of a campaign against traffic accidents conducted by Australia’s Transport Accident Commission (TAC). He is supposed to be a crash-proof man, so what is most important in his anatomy is not aesthetics but functionality.

Graham has a thick skin that is resistant to scratches and small cuts. He also has a flat and fat-covered face to protect the ears and nose from sudden impacts. Although his brain is the same as ours, his skull is bigger, thicker, and full of soft tissues to absorb the force of the collision during an accident. The man has no neck because it breaks easily in accidents.

Graham’s ribs are covered by tissue bags that protrude like extra nipples and absorb impacts as if they were airbags. The bones of his legs are modified to act as “springs” that allow the man to quickly flee from the scene of an accident. In turn, Graham’s knees can rotate freely so that the legs do not break at that point. The Graham sculpture has received many awards and much recognition around the world due to its ingenious way of showing us that we are far from being car-crash proof.

Let’s imagine that our planet is covered in ice. Perhaps an asteroid impact darkened the atmosphere and the temperature dropped or the climate change reached devastating levels. In any case, humans would need changes in their bodies to survive the extreme cold or the snowstorms. Let’s see what some of these changes might be.

With less sunlight, vitamin D levels in the human body decrease. To counteract this, people living on the ice will have paler skin and hair to absorb more UV radiation. In turn, the body hair of these humans will grow more abundantly to protect them from the cold.

In these conditions, the human body will also become taller and more muscular. Facial features will increase in size so that the air warms up before entering the lungs when breathing. Other more advanced characteristics for this type of climate would be a claw on each foot to walk better on ice and a huge amount of body fat to keep humans warm. In conditions of extreme cold, these creatures could also hide their faces between a thick layer of fat and fur around the neck.

About 66 million years ago, a cataclysmic event wiped the dinosaurs from the face of the Earth. But what if such extinction had not happened and the dinosaurs had continued inhabiting the planet?

Probably, these animals would have continued to evolve. Many works of fiction describe dinosaurs in today’s world with only a few changes after so many millions of years. But in reality, this would not be the case and their appearance would be more humanoid than dinosaur-like. This is what paleontologist Dale Russell believed.

In the last century, it was discovered that the dinosaur genus Troodon had a very large brain compared to its body. This indicated that the Troodon had a remarkable intelligence. Thus, Russell believed that this animal was more likely to evolve into an advanced creature if the conditions were right.

So, in 1982, Russell joined taxidermist Ron Seguin to create a life-size replica of the creature that Russell would call Dinosauroid. At 1.3 meters (4.3 feet) high, this model shows a reptilian-looking humanoid next to his ancestor, a Troodon.

For millions of years, the Troodon continued to increase its brain mass. So its skull also grew to contain the brain. To hold such a large skull, the neck of the Troodon shortened and became more like that of humans. In turn, the neck’s restructuring forced the Troodon to straighten up and eventually lose the tail. This is how the dinosauroid was born.

The reptilian man would have had big eyes with binocular vision, scaly skin, and hands with three fingers and opposable thumbs. The most notable feature is that the dinosauroid would have been viviparous. It wouldn’t have laid eggs as reptiles do. Other scientists have proposed evolutionary models closer to the original form of dinosaurs, but it is clear that Russell’s dinosauroid is one of the most striking concepts.

With just a few million years, life-forms on Earth can mutate and evolve into new and radically different species. Factors such as climate change or migrations have caused some species to become totally different beings.

Now, suppose one of those factors would have been to live on another planet—like Mars, for example. It is impossible to know for sure what we would look like in that environment or if we would still be human. But we could certainly expect our bodies to be very different.

Scientists have speculated on what we would look like in a few thousand years if we lived on the Red Planet. From this, we can list several physical features of a human who evolved on Mars.
First of all, humans living on Mars would be taller than us because the lack of gravity would not cause the spine to compress as much as on Earth. In addition, such individuals would have thicker bones and larger heads.

The lack of sunlight would cause the eyes of humans on Mars to be larger. And since the Red Planet is constantly bombarded with lethal radiation, their skin would be covered with a UV-proof pigment similar to that of carrots.

In the end, future Martians would have orange skin. The same dose of radiation on Mars would lead to the humans there mutating faster than their Earth counterparts. So, in just a few hundred years, another species different from humans could emerge and evolve.