Horrific Human Experiments Carried out by the Nazis During WW2 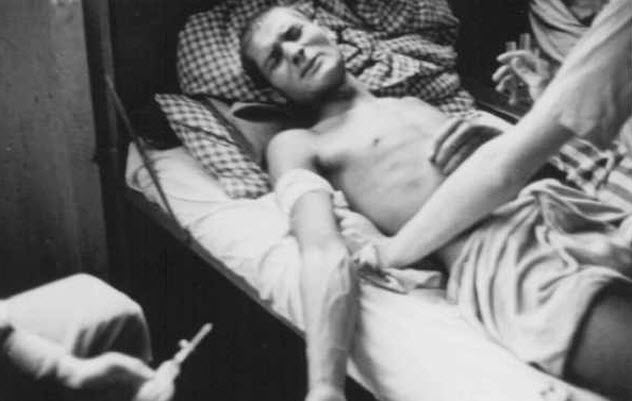 There are quite a lot of things that the German authorities are currently making amends for due to the many infamous activities done by their predecessors. No one can doubt the fact that the things the Nazis did during World War II were quite horrific. The activities that occurred during the Holocaust actually earned the nation a spot in countries with the most inhuman practices in world history. However, Germany has become one of the most peaceful and loving nations in the world currently. It has become a country that is very welcoming, a country that have chosen to embraces all human race with open arms....part of the amends they need to make!
Anyway for the sake of this article, let us quickly take a look at some of the brutal and most callous activities done by the Nazis that most of us are currently not aware of. They were moments when human beings (mostly Jews) were used as lab rats in order to conduct gruesome experiments. An activity that occurred during the Holocaust in World War 2.
Blood Coagulation Experiments
Polygal was a tablet made from beet and apple pectin during World War 2. The creator of the medicine Dr. Sigmund Rascher, believed that the medicine could help stop bleeding which would be very effective for German Soldiers who had suffered injuries in battle. In order to test the effectiveness of the drug, he conducted an experiments using some of his subjects from concentration camps. Each of his subjects was given a tablet and then shot in the neck or chest to test the efficacy of the drug. Most of them were amputated too, all for the sake of testing the drug. Because the drug in a way, proved effective, Dr. Sigmund went on to open a manufacturing company for his new found medicine where he used his inmates as laborers.
Sulfonamide Experiments
Sulfonamid was a medicine use to treat bacteria infections. In order to test the effectiveness of the drug and because it could help German soldiers with infected injuries, Inmates at concentration camps were used for this experiment. They were deliberately wounded and physicians would rub a mixture of bacteria into the open cut before sewing it. Sulfonamide was administered to them after that to test how the drug would react with the wound. Though the drug proved effective because we still have some sulfonamides around today, but most of the subjects used for the experiments suffered lots of damages, most of which were permanent injuries while some died as a result.
Seawater Experiments
In Seawater experiment, subjects were grouped into different classes. Each group was given seawater with different chemistry. Subjects were made to undergo this experiments for several days to weeks. Some of them went through the process without food other than what had been administered to the group. You are currently thinking that most of them would have suffered complications right? of course they did, a lot even died in the study.
Experiments With Poison
The poison experiment was conducted to test the effects of some particular poison on humans beings. Most of the subjects used for the experiments were inmates at the concentration camp in Buchenwald. They were given food with poison to see how some of them would react to it. Though many died immediately and others dies latter while some were killed so their organs could be examined quickly.
In subsequent experiments, subjects were shot with poison-laced bullets to test how fast the bullet can kill humans. Many died as a result of the poison while others as a result of the injury.
Sterilization Experiments
In the quest of testing the sterilization procedure that would take the least time to achieve and which was cost effective, inmates at concentration camps were once again used as lab rats. Some were exposed to radioactive radiations while others were injected with chemicals. In some of the experiments, chemical irritant was introduced into female reproductive organs to block their fallopian tubes. However, many died in the process of sterilization while others became sterilized forever.
Leave a comment...