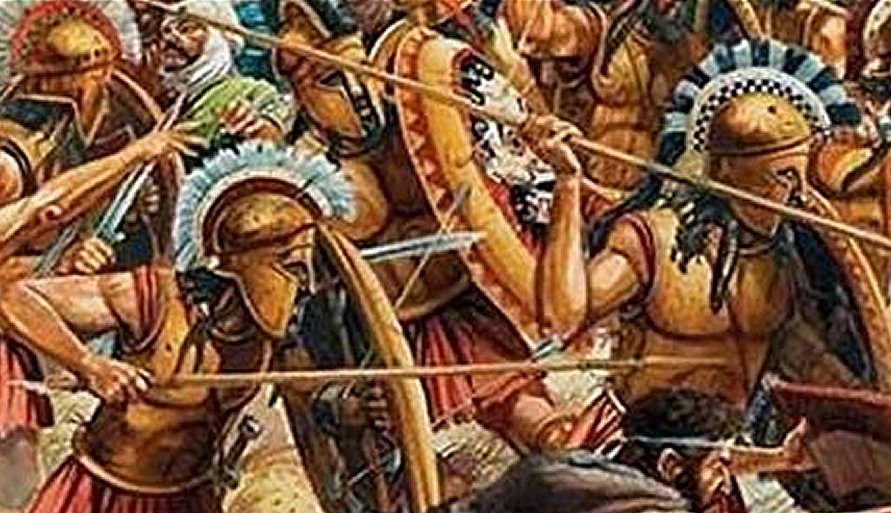 War is actually a thing that is capable of bringing changes to any environment, either positively or negatively. In a crazy kind of way, it seem that this is one of the foundations upon which our world is built, although it may sound counter-intuitive. But if one observe carefully one would realize that conflict has been a thing we all frown at yet it keeps persisting from generation to generation and doesn't seem to go anywhere anytime soon. In different ways, the world have experienced series of conflicts both from man and from nature and all of these have actually impacted our world in one way or the other.

Anyway we are not here to talk about the ups and downs of war but to actually see which of the human wars actually experienced the longest stretches of time. The world have witnessed several wars right from the very beginning of humankind, most of which have spanned for decade and even centuries. In some wars, soldiers fought their whole lives in a battle that they would never see decided, even when it had started before their birth.

The Iberian war also know as "Reconquista" was a war that lasted over 780 years between 1711 - 1492 in the Iberian Peninsula (including present day Spain and Portugal). It was actually a religious battle between the Christian communities and the Muslims Moors for who will gain control over the territory. The war majorly started in 711 AD when the Muslim territories of northern Africa (present day Morrocco and Algeria) advanced through the Mediterranean Sea into Europe to establish new colonies. However, there were several resistance from the Christian Kingdoms of that territory. The war lasted for more than seven and half centuries (780 years) before finally coming to an end by the 1400's when the Muslim Moors lost most of their territories because lot of Christian communities in Europe became actively involved in the fight.

The Roman-Persian war also called Roman-Iranian war was a series of war that took place between the Roman empire and two empire of Iran (Parthians and the Sassanids). The war lasted for over seven centuries (721 years) before finally coming to end when in 629CE when the Arab Muslims invaded. The war first started with the Romans and the Parthians. After both empires made peace, the Romans-Sassanids hostility began until the Arab invasion. It is said that both empires suffered lots of economic damage during the course of the hostility and that was majorly the cause of their loose when Arab Muslim invaded.

When the Spaniards started to advance their territories over South America, they where faced with lot of resistance from those in the region including the Mapuche people. This War was a long lasting hostility between the colonial Spaniards and the Mapuche people. The war spanned for over 280 years from 1536 - 1818. The conflict begun at first as a reaction to the Spanish conquest attempt establishing cities and forcing Mapuches into servitude. Although the battle lasted for long but the Mapuche people still managed to maintain their independence despite the strong exertion from the Spanish side. The war actually came to an end after Chile (another Spanish territory) defeated the Spaniards to gain their independent. This Chilean defeat weakened the Spanish so much that they could no longer continue their hostility with other territories including Mapuche.

The war between the Turks and the Byzantine Empire (eastern roman empire) was a battle that lasted for over 260 years. The war begun when the Turks expanded their kingdom westward and towards Europe after the conquering Baghdad in 1055. They started by capturing Armenia which was one of the Byzantine's colonies. However, the war lasted for more than twenty decades (two centuries) with lots of winning and losing for both sides -though Turks had lots of victories over Byzantine and had the major control over Asia minors. The long hostility started approaching it final days when the Roman catholic Crusades became actively involved. The call of the first Crusades was made when the Turks advanced their hostility to capture Jerusalem.