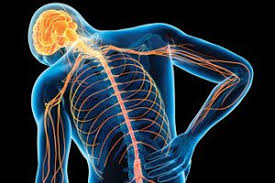 A simple blood test could be a more accurate way of detecting fibromyalgia, a new study finds. Researchers say bio-markers in the blood can differentiate the musculoskeletal disorder - which affects millions, including Lady Gaga - from other diseases. Currently, doctors depend on patients reporting symptoms of their pain as well as a physical examination of tender points to diagnose fibromyalgia. People often go for years without a diagnosis or are misdiagnosed.

The team, from Ohio State University, says there is a cheaper, simpler and faster way to diagnose it. Fibromyalgia is one of the most common chronic pain conditions, affecting twice as many women as it does men. Sufferers experience widespread pain, fatigue, difficulty with focus and concentration and headaches. Experts are unsure of what causes the disorder, but believe it may be triggered by several factors, including genetics, infections and physical or emotional trauma.

In September 2017, Lady Gaga revealed on Twitter that she had been diagnosed with fibromyalgia. In an interview with Vogue, she said she believed the condition was triggered by a sexual assault she suffered at age 19 and by breaking her hip on tour in 2013.
“It is really a cyclone of anxiety, depression, PTSD, trauma and panic disorder, all of which sends the nervous system into overdrive, and then you have nerve pain as a result,” she said at the time.

For the study, published in the Journal of Biological Chemistry, the team studied 50 people who had been diagnosed with fibromyalgia, 29 with rheumatoid arthritis, 23 with lupus and 19 with osteoarthritis. The team found that there were clear patterns in the blood samples of fibromyalgia patients that distinguished them from the samples of patients with the other disorders. Co-author Dr Luis Rodriguez-Saona, a professor in the department of food science and technology at The Ohio State University, said: “If we can help speed diagnosis, patients’ treatment will be better and they’ll likely have better outlooks.” The team said this technique could be refined to a point where patients were told the severity of their fibromyalgia, which could lead to better treatment.