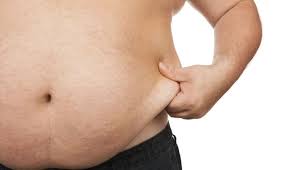 Obese boys and girls are likely to enter puberty at an early age, which can result in stunted growth or depression, finds a new study. The study showed total body obesity and excess belly fat in boys aged four-seven years were associated with greater odds of starting puberty before age nine.

"With the increase in childhood obesity worldwide, there has been an advance in the age at which puberty begins in girls. But in boys the evidence has been controversial," said lead researcher, Maria Veronica Mericq, Professor from the University of Chile.

The study that will be presented at the ongoing ENDO 2019, the Endocrine Society's annual meeting in New Orleans, the US. For the study, the researchers included 527 Chilean boys. Among boys aged five or six, those with obesity had nearly 2.7 times the odds of starting puberty early. Whereas those with excess belly fat had almost 6.4 higher odds of puberty before age nine, said Mericq.

She said excess belly fat more closely related to fat mass, because a higher BMI may reflected increased muscle, especially in athletes. Precocious or early puberty has been linked to possible problems, including stunted growth, emotional-social problems like increased risks of depression and substance abuse. In addition, in boys, it could lead to higher incidence of testicular cancer in adulthood, said Mericq. Controlling the obesity epidemic in children could be useful in decreasing these risks, Mericq noted.