Amazing facts about Orga$m in Men 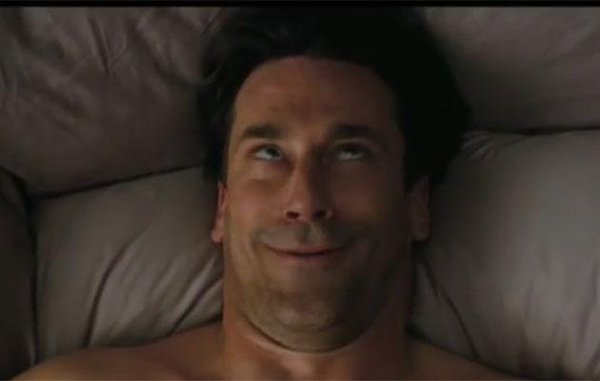 Any guy who's past puberty is well-acquainted with the supremely pleasurable sensations of an orgasm and the ejaculation that (usually) coincides with it. But there's a whole variety of biological processes that are kicked off by a sexual climax, along with a few bizarre exceptions and oddly common habits that many men share.

YOUR ORGASM GETS YOU SUPER HIGH
Brain scans on men experiencing orgasms revealed that the most excited brain region during climax is the ventral tegmental area, which is packed with receptors for neurotransmitters associated with reward. As it turns out, that same brain region lights up like Times Square when heroin users shoot up, Danish researchers found.

SOMETIMES YOU—YES, YOU—FAKE IT
When University of Kansas researchers surveyed college students, they found that 28 percent of guys had faked an orgasm with their partner. About one-third of those men said they'd been too drunk to orgasm, and almost half said their main reason for faking was because they wanted to go to sleep. It's important to point out that most of the guys who faked had been in a committed relationship at the time, so they were likely more worried about hurting their partner's feelings than making the lovemaking session count.

YOU CAN DO IT AGAIN AND AGAIN, IF YOU'RE LUCKY
For most guys, the typical refractory period i.e the time between your last orgasm and when you'll be able to get it up again, is anywhere from a few minutes to an hour.

YOU MIGHT NOT ENJOY IT
“Sexual anhedonia” is the medical term for when genital stimulation produces most of the physical signs of an orgasm (the muscle contractions, the ejaculation {with or without any pleasure}). Fortunately it's fairly rare in men, but when the condition does strike, it's often caused by a class of antidepressants known as selective serotonin reuptake inhibitors (SSRI) that include Paxil, Zoloft, and Prozac. It can even continue after the patient stops taking those meds.

YOUR BELLY COULD EFFECT YOUR OUTPUT
The average amount of ejaculate released during orgasm is 3.4 milliliters (mL), which is less than a teaspoon, unless you're overweight. Men with a body mass index greater than 30 were 69 percent more likely to only produce 2 mL or less of semen during an ejaculation, according to a Scottish study. The researchers weren't sure whether all that extra fat around your middle hurts sperm production by allowing your cojones to overheat, or if the same lack of exercise and poor diet that leads to weight gain might also reduce the volume of your semen.

YOU CAN GET HER PREGNANT WITHOUT ORGASMING
During foreplay and sex, most men can release a pre-ejaculate, which is a fluid that helps lubricate intercourse and clears out your urethra to allow the semen to travel through unhindered. An analysis of this fluid that was published in the journal Human Fertility found that 41 percent of guys produced pre-ejaculate that contained sperm—up to 40 million of the little swimmers, in fact. It only takes one to make a baby, so keep those odds in mind if you're not yet looking to become a dad.

ORGASMS MAY CURE HEADACHES
An orgasm floods your brain with endorphins i.e the same feel-good neurotransmitters that are associated with a “runner's high.” Endorphins are powerful pain blockers, so researchers in Germany have been investigating whether doing the deed while you're having a migraine helps relieve the nauseating pain. In a study published last year, the scientists reported that one-third of patients had powered through sex despite the unpleasant headache, and of those, 60 percent said they felt better post-coitus. The researchers even believe that endurance athletes, including people who compete in marathons and triathlons, have a better chance of curing their migraines with orgasms, since they've honed their bodies to release more endorphins.

YOUR GUNK IS CHOCK FULL OF VITAMINS AND MINERALS
Semen is actually only 1 to 5 percent sperm, according to a Duke University study in which the researchers were developing an artificial semen substitute. Like many of your bodily fluids, most of the volume is water. In a typical 3.4-mL load, you'll let out around 10 milligrams (mg) of sodium, 9 mg of fructose which provides the sperm with energy as they swim a little less than 2/10ths of a gram of protein, and smaller amounts of zinc, potassium, calcium, and chlorine. Your semen moves faster than any man can run

YOUR SEMEN MOVES FASTER THAN ANY MAN CAN RUN
The average speed of your ejaculation is 28 miles per hour, which is almost exactly Usain Bolt's world-record maximum running pace of 27.79 mph. Of course, your semen won't cross 100 meters—the world record for ejaculation distance is supposedly 18 feet, 9 inches set by a man named Horst Schultz, but that achievement is unconfirmed. After the sperm leave your body, they slow down considerably, taking 5 minutes to reach the woman's cervix.

NB:
Note #1: A male orgasm is not the same thing as ejaculation and nor does it happen at the same time either. An orgasm is a sensation of a sexual climax, which is followed by ejaculation, which is the release of semen. However, it is notable that men can reach orgasm even without ejaculating.

Note #2: Multiple orgasms are usually associated with females but about 15 to 20 per cent of men have also reported enjoying multiple orgasms. However, it takes quite a bit of an effort to learn this non-ejaculatory multiple orgasm technique.

Note #3: A man's recovery or refectory period i.e. the rest time he needs before he gets back into action depends on his age, health and fitness. This time could vary anywhere between minutes or over an hour or more.

Note #4: Have you've been thinking how short is too short to be considered a premature ejaculation? A consensus of experts at the International Society for Sexual Medicine endorsed a definition including "ejaculation which always or nearly always occurs prior to or within about one minute." However, the International Classification of Diseases (ICD-10) applies a cut-off of 15 seconds from the beginning of sexual intercourse.

Note #5: Women aren't the only ones with a super arousing g-spot. A man's prostate also acts as an instant pleasure button. His g-spot is a walnut-sized gland located under his bladder.

Note #6: Even though men are more likely to reach an orgasm during intercourse, their orgasms are much shorter than a female orgasm. An average male orgasm lasts for an estimated 10 to 15 seconds.