'Why we hate you': ISIS reveal 6 reasons why they hate & fight Westerners 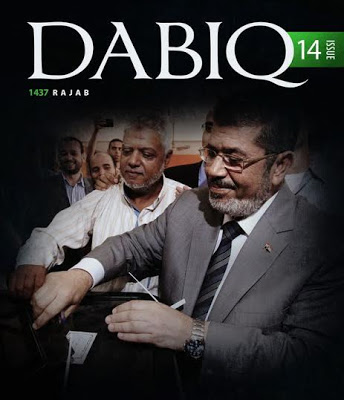 Terrorist organization ISIS has revealed 6 reasons why they hate the West and why they'll continue to attack the west, in a chilling article on the 15th edition of the terrorists' periodical Dabiq magazine.

In an article entitled 'Why We Hate you and Want to Fight You', ISIS spells out six reasons why they are hell bent on destroying the West. Read them below...

The article begins: "Shortly following the blessed attack on a sodomite, Crusader nightclub by the mujahid Omar Mateen, American politicians were quick to jump into the spotlight and denounce the shooting, declaring it a hate crime, an act of terrorism, and an act of senseless violence.

"A hate crime? Yes. Muslims undoubtedly hate liberalist sodomites, as does anyone else with any shred of their fitrah (inborn human nature) still intact.


"An act of terrorism? Most definitely. Muslims have been commanded to terrorize the disbelieving enemies of Allah."

The writer then goes on to list the top six reasons why the killers want to destroy the West - although they appear to be two points repeated several times.


1. Because you are disbelievers.

"We hate you, first and foremost, because you are disbelievers; you reject the oneness of Allah - whether you realize it or not - by making partners for Him in worship, you blaspheme against Him, claiming that He has a son, you fabricate lies against His prophets and messengers, and you indulge in all manner of devilish practices."


2 . Because you are liberal
"We hate you because your secular, liberal societies permit the very things that Allah has prohibited while banning many of the things He has permitted, a matter that doesn't concern you because you Christian disbelief and paganism 32 separate between religion and state, thereby granting supreme authority to your whims and desires via the legislators you vote into power."

3. Because some of you are atheist
"In the case of the atheist fringe, we hate you and wage war against you because you disbelieve in the existence of your Lord and Creator."

4. For your crimes against Islam

"What's important to understand here is that although some might argue that your foreign policies are the extent of what drives our hatred, this particular reason for hating you is secondary, hence the reason we addressed it at the end of the above list.

"The fact is, even if you were to stop bombing us, imprisoning us, torturing us, vilifying us, and usurping our lands, we would continue to hate you because our primary reason for hating you will not cease to exist until you embrace Islam."