Things About Evolution We Often Get Wrong 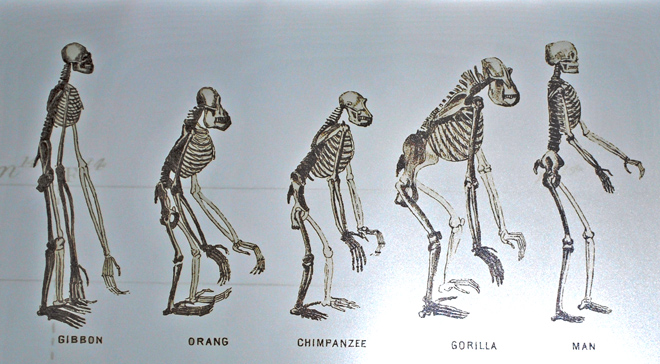 Evolution is the gradual changes and development that occur in organisms over a long period of time which leads to the formation of new organisms or new species of organisms. The idea of evolution has been a heated discussion right from time. There are quite a lot of views about this aspect of life both in the field of science and in religion. Because we lack proper insight of what evolution really entails, most of us often have lots of misconception about this theory.

Below are things most people often get wrong about evolution.

“Evolution explains the origin of life”

Whenever anyone hears evolution, the first that comes to mind is that, it is trying to explain how life started. However, for the sake of clarity, evolution is not trying to explain how and where life originated. It only aimed at addressing the issues about the trends and development of life and how organisms evolve from their ancestors. Although life itself must have originated in one way or the other but that's not the main concern of evolution. Evolution only focused on how life tend to develop after it appeared on earth.

“Is just a bunch of nonsense”

Most of us often term evolution as nonsensical, we see it as something that may have been fabricated by some group of drunk scientist. However, whether we accept evolution or not doesn't really matter, what matter is that this is one of the most fundamental laws of nature governing the world and its quite rooted in a large pool of evidence. Although the theory of evolution is open to lots deprecation but non have actually been able to come up with proofs that are valid enough to counters it.

“If people descended from apes, why are there still apes?”

We should understand that evolution is not a linear process. It is more of a branched process where one species can give rises to two or more other species. Humans did not actually evolve from a modern, living ape, like the chimpanzee. We only evolved and descended from the common ancestor of apes, which lived and died in the distant past. This means that we are related to other apes or rather we are apes ourselves. And alongside us, the other living ape species have also evolved from that same common ancestor, and are existing today in the wild and zoos.

“How does new species originate?”

When we say species, we simply mean group of similar organisms that can reproduce with one another. And whenever two organism cannot interbreed, it simply means that they are of different species. New species does not just originate because it want to, It often comes because there is a need for it. And that need is usually as a result of the environment.

Take for instance there is a population of donkey. If by any cruel joke of nature an earthquake creates a rift valley separating the population into two groups that cannot meet each other anymore. Overtime both groups will start undergoing some genetic rearrangement, producing new genes that will enable them adapt to their new environment. Accumulation of this new genes will then create a distinction between both of them. In other words, they have now gradually evolved into two distinct species who have common ancestors but can no longer interbreed freely.

This environmental need for survival is usually the leading cause of the evolvement of new species including the cases of man and apes.