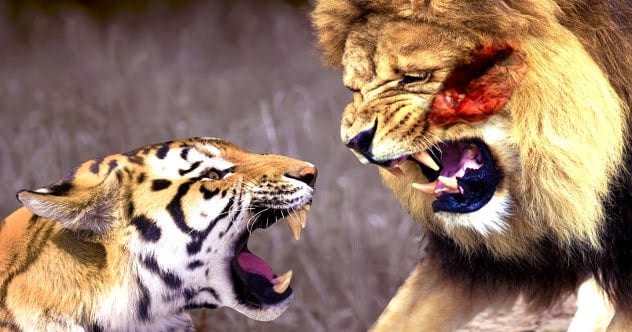 Big cats as a term is used to refer to any of the five members of the Panthera family, e.g tiger, lion, jaguar, cheetah and leopard. The life of these creatures have always been a fascinating one. They are beautiful, majestic and ferocious animals who always inspire awe and terror at the same time. They are often seen as a symbol of power in many religion and traditions and the inspiration behind many tales and folklore.

For those of us who are always fascinated by all things cats, below are some of the most interesting facts about these guys that you might like.

* An adult tiger can weigh up to 230kg reaching up to 3.3 meter in length. Making them the largest animal in the cat family

* Tiger are often found in Asia and the Bengal tiger is the most common.

* Adult tiger are solitary animals who live and hunt alone unless it is time to mate.

* Unlike any other animal in the cat family, tigers are good swimmers.

*  Lions are the only cats that live in groups.

*  A group, or pride, can be up to 30 lions, depending on how much food and water is available.

*  Female lions are the main hunters. While they’re out looking for food, the males guard the pride’s territory and their young.

*  A lion’s roar can be heard up to eight kilometres away.

*  Lions scent mark their territory, using their wee, to create a border.

*  Lions are found predominantly in Africa

* They are the third largest in the cat family after tiger and lion.

* They share lots of features with the tiger. Just like the tigers, Jaguars are good swimmers and they also live alone unless its time to mate.