The Most Mysterious Places to Visit In Africa 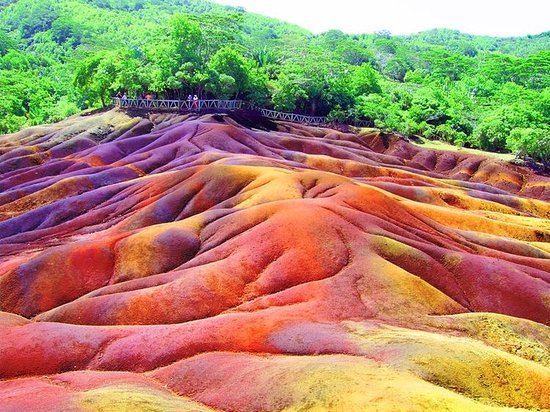 Africa have been a fascinating place right from the very beginning of humankind. From the ancient Egyptian era down to our modern civilization, this place have always been a home of mysteries and awe-inspiring destinations. For those of us who like all things adventurous, below are lists of some of the most mysterious places in Africa you would love to visit. These places are not only full of mysteries but also among the most beautiful in the world to behold.

Let's take a trip to the world most famous yet deadly lake, "Lake Natron". This lake is among the most fascinating lakes in the world not only because it is beautiful but because it is a sit of mystery. It is among the few lakes in the world that is highly corrosive and can change animals to stone. The effect of this lake was once thought of as something controlled by witchcraft until recently when it became quite clear that the phenomenon governing it is nothing but natural. It effect is simply as a result of it salinity (high salt content) and high alkaline content. It is said that the PH of the water is greater than 12 almost as high as that of ammonia. The water's alkalinity comes from the sodium carbonate and other minerals that flow into the lake from the surrounding hills.

This is actually a place you can visit but be quite sure not to swim if you don't want to corrode your skin.

Osun-Osogbo Sacred Grove is a sacred forest along the banks of the Osun river in Osun State, Nigeria. This place used to be a home of deities especially the goddess of fertility "Osun". In there are several ancient sculptures, sanctuaries and shrines. The place often witness lots of tourists every year and is actually a great destination for you to go too.

Located along the Indian ocean coast of eastern Kenya is a historical and archeological site, "the Ruins of Gedi". It is said to be an ancient settlement of the Swahili-Arab people. The significance of this place is that it was the center of Swahili culture, an Indian Ocean trade, and dominant partaker in the spread of Islam. However why this place is left in the hands of ruin is still obscure. Being such a wonderful settlement with so much historic significance, it has become a tourist site for many all over the world. Although there are a number of ghost stories and legends associated with the place. Most people believes that place and it relics are protected by the spirits of its priests that had once existed there. These priests are said to curse anyone who tries to take anything from the site. Anyway this is just a fairy tale and it shouldn't stop anyone from visiting.

The Seven-Colored Earth of Chamarel (Mauritius)

Sand dunes are often not seen as a site that attract tourist except they are extraordinary. But for "Seven colored earth", being a tourist attraction is just an understatement because its worth more than that.

Found in the Rivière Noire District in south-western Mauritius, is the Seven Colored Earth. This place is a site famous for attracting thousands of tourist all over the world to Mauritius just to behold the wonderful works of nature. It is a small area of sand dunes with seven distinct colors which made it so special among other sand dunes found in the elsewheres of life. It is said to have been formed by a volcanic eruption.