Used Military Vehicles for Your Benefit 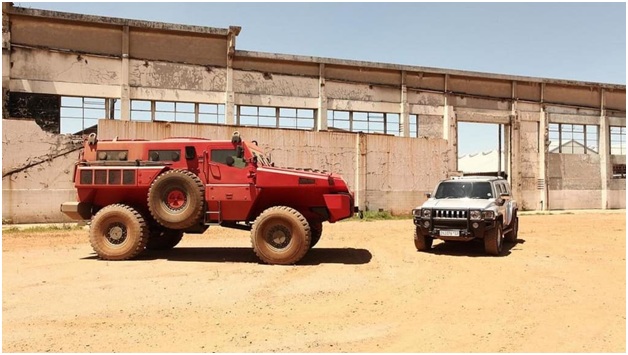 Buying a car is one such thing that is probably on top of everyone's bucket list. Some wish to flex in a high end sports car, while some prefer to invest in a spacious mini van that can fit the entire family. These investments also require purchase of integral parts such as circular connector, batteries etc. However, there are some car lovers who prefer to go for a more unconventional style and invest in a military vehicle.

Why Invest in a Used Military Vehicle?
Such vehicles usually include cargo trucks, growlers and Humvees. Every year, a large number of retired military vehicles are auctioned by the Government.
Such vehicles are more durable and sturdy than conventional showroom cars. Contrary to the general perception, you can really get some great deals out of such auctions. Just because they are military owned cars, it doesn't necessarily mean that they will be more expensive than a regular car. The price of military vehicles that are commonly auctioned by the Government such as Humvees, ITVs and MTVRs can cost anywhere between $4.0K to $12K.

Legal Paperwork and Permission
At times, the main problem is not the price but completing all the legal paper work that is associated with owning such military vehicles. Also, many countries don't allow civilians to use military vehicles. Therefore, if you are planning to invest in such vehicles, make sure to do some research beforehand and make sure if it is legal to own Government auctioned military vehicles in the area where you live or not.

Government auctions usually feature cars, furniture and other tactical equipment that is not in the use of the navy and military authorities anymore. Such equipment is usually repossessed by the Government who resell it to the civilians.
Usually at such events, you can find a wide variety of vehicles ranging from retired police cars to old cars belonging to the mayor of the city!
The selection of cars also varies from city to city. For example, if you live near the sea, you will find a lot of boats, ships and yachts.
Usually, the Government wants to quickly dispose such cars and therefore, you are more likely to get a good bargain at such Government auctions. Following are some useful tips that can help you to buy the right type of military vehicle without spending a lot of money or time.

Getting a Professional Mechanical Advice
The most crucial part of buying military vehicles is the fact that such automobiles are usually sold without any modifications or touch-ups and the Government is not likely to provide any such services to buyers during such auctions.
If you don't have enough knowledge about the engine, power and other intricate details of a car, then it is better to bring along your own mechanic and have him inspect the car before you seal the deal. Even if you don't have a professional mechanic with you, make sure to thoroughly check both, the interior as well as the exterior of the car.
Since, such vehicles have been heavily used by the military forces, it is extremely important to check for any potential electrical damage of the vehicle. Since, the Government doesn't bear the repair expenses of such vehicles, you need to calculate all the repair expenses beforehand. This will help you to know the actual profit that you may or may not be making by purchasing the vehicle.

Arriving Early at the Auction
Just like any other sale or auction, it is recommended to reach at the event earlier and check out the cars before the actual bidding of the cars. Also, don't try to become too attached to a particular car or vehicle. Instead of bidding for a specific type of vehicle, try to select multiple vehicles. This will help you to avoid overvaluing a car and bidding for a higher amount than the actual market price of a car.

Things to Consider Before Buying a Used Military Vehicle

Despite of all the advantages associated with owning a military vehicle, there are still many risks involved with it. The VIN numbers on the car should match with the numbers written on all the documents of the car. Also, it is extremely important to know if the car is insurable or not.
Unlike buying a used car from a private dealer, Government and military auctioned vehicles are very well maintained and are sold with complete legal documents of the car. They are usually sold at discounted prices and the amount made through reselling of such vehicles is often used for various  social welfare projects in the country.