Interesting Facts About the DNA 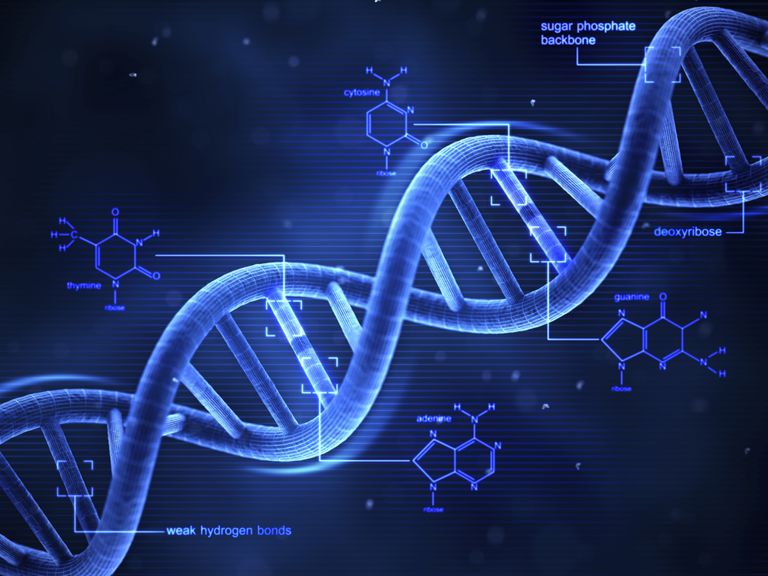 Most of us have been hearing things about the DNA but not all of us really know what the DNA really are. DNA stands for "Deoxyribonucleic Acids", the molecule that contains all the codes that generate life.

Ever since humanity started having some basic knowledge and understanding about the DNA and how it works, the discussions involving genetics became a fascinating one.

Below are some few facts about The DNA you may want to know. Although some of us may find it difficult understanding some things in this discussions because it may be biological in it presentation. But everyone need not to worry, because we would use the most understandable language ever in order to carry everyone along.

The DNA is the Origin of life

This is where life actually started from in all living things. It is the one that gave birth to other things in the body -all cells and organs.

A Full Organism Generates From the DNA

It is a popular belief that organism are formed when male sperm and female egg meet. Although this is correct when we look at it literally. But the real fact is that what is really forming the baby is not the sperm neither the egg, but it's actually the DNA. When you hear of fertilization it simply means that the DNA in the female egg and the DNA in the male sperm are combining together to produce something new (embryo) which would later be called a baby.

What normally happens During Fertilization?

If you have ever wondered how cells and organs are formed in the body, then you need to pay closed attention to this part. When i said DNA is where life really started, this is what i meant.

After the DNA from both parents have combined to bring about fertilization, the next process to begin is the embryonic cleavage, this is where division start to occur. During this cleavage, the embryo start to divide into many cells called blastomeres. This blastomeres contain different cells that will form different organs later in the developing baby -which includes the brain, heart, skin, muscles, liver, kidney, e.t.c.

Before this point the DNA had already predestined the function of these cells, what organs they are going to produce, and what is going to be the function of those organs. So right now we can see that there is absolutely nothing that can be produced in the body unless the DNA said so. This is where life really is in the living things.

Shape and Structure of the DNA

The DNA is a molecule whose shape exist in form of a double helix. The shape of the DNA was first identified in 1952 by Rosalind Franklin using an X-ray crystallography method. A that time, it was just the shape that was known, no one knew the exact molecular structure until 1953. The molecular structure of the DNA and how it molecules are arranged was latter discovered in 1953 by two scientist James D. Watson and Francis Crick.

When stretched, the DNA could reach the sun from the earth and back 600 times.

DNA are found in the chromosomes as stack of molecules that are tightly packed together. Studies have shown that if the entire DNA in the body are linked together one by one, the length could stretch from the earth to the sun and back 600 times. This fact is well justified if you are to analyze the DNA carefully. It has been shown that strands of DNA in each cell could be six feet long and we most us know that there are million upon millions of cells in the body.

We usually say that there are no two human beings who are the same. Although this is may be true to some extent, but do you actually know that the similarities that occur between human beings is far greater than the differences? The DNA in all humans are 99.9 percent alike. Only 0.1 percent of the DNA accounts for the differences and variation that occur among individuals. While that 0.1% is still what makes us unique, it means we’re all more similar than we are different.

Genes make up only about 3 percent of your DNA.

I think it will be very vital if we differentiated between DNA and Gene because most people don't actually know how these two are different. Although both are used interchangeably but in reality they are quite different. But for the sake of clarity, DNA is the chain of ‘base links’ that determines how the different cells in your body will function. On the other hand, the gene is a section of the DNA that codes for characters and traits. Note that there are different types of genes in that section that codes for different characteristics.

Of the entire DNA, only 1 to 3 percent are made up of genes, while the remaining part of the DNA controls the activities of the gene.

A DNA test can reveal you’re more American than your siblings.

A DNA analysis can show that you are more British or Chinese than your siblings. Or you brother could be much more Jamaican than you are. This occur as a result of the random nature of inheritance.

The human genome contains 3 billion base pairs of DNA.

It will be interesting to know that DNA as complex as it is, it is only made up four classes of molecules. The Nitrogenous bases, five carbon sugar (ribose) and phosphate acid.

DNA molecules are shaped like twisted ladders (helix). And the rungs on that ladder are made of nitrogenous bases (pyrimidines and purines) such as – adenine (A), cytosine (C), guanine (G), and thymine (T) – which are all locked together in pairs of hydrogen bonds. The really cool part is, they pair up in a very specific way: ‘A’ always pairs with ‘T,’ and ‘C’ always pairs with ‘G.’

A single mistake in base pairing can lead to something else.

We made mentioned earlier that the bases pair up in a specific fashion (‘A’ with ‘T,’ and ‘G’ with ‘C’ ). It will be interesting to know that if by chance or by any mistake the bases pair up incorrectly, maybe 'A' paired with 'C' instead of 'T' or 'G' paired with 'T' instead of 'C', this will usually lead to the formation of another different thing entirely. And that's where mutation tend to occur. Mutation occur when the base pairs in a particular gene are not accurate.

Your DNA could link you to places you’d never imagine.

DNA analysis can actually tell you where your ancestors originated or the part of the world you really are from.
Leave a comment...