Sleeping Disorders You Probably Have Not Heard Of 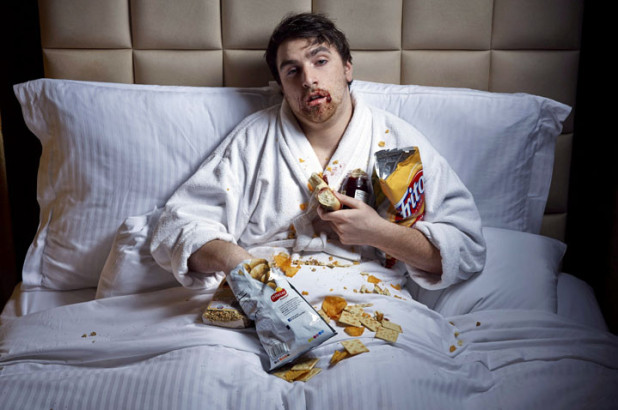 Sleeping is the most important aspect of our lives as living things. We all need to sleep as long as we want to keep our system up and functioning efficiently. Sleep is pretty an amazing stuff, some people in a weird kind of way even have it as a hobby. If there is any activity we would not like any interruption, is when we are asleep. We love our sleeping time so much and we would do anything to get right down to sleep when it comes knocking. Whenever we find it difficult getting down to our safe shutdown mode, it is usually obnoxious and frustrating that we would do anything possible to hibernate no matter the cost.

With that being said, there are over a 100 known sleeping disorders that can wreck a whole lot of havoc on our sleep patterns and make our night miserable. The most common are sleep apnea, sleep walking, sleep talking, teeth grinding (bruxism), etc. However, there are a fair number of unusual sleeping behaviors and disorders that don’t get as much attention as the well-known ones, these ones may even be worst than the ones we are familiar with.

Have you ever been involved in an episode of emotions whether intense laughter, anger, fear or intense happiness, that you collapse and your body go right down to a shutdown mode? if you haven't, maybe a cataplexy patient have!.

Cataplexy is a muscle weakness or loss of muscle tone that occur when a person is under an intense emotions such as laughter, anger, happiness which can make the person fall asleep right away for at least few minutes. The person involved can suffer from a minor muscle weakness to a more severe loss of muscle tone causing him to collapse. It is said that people suffering from a chronic sleep disorders such as narcolepsy could also suffer from cataplexy. However, it is a treatable disorder that would only require ordinary medication except other wise.

Do you have this as an attitude, waken up at night everyday just to reach-out for any thing called food? We have all gotten up at some point and gotten a midnight snack, but for some people, their midnight snacking is taken to extremes. Nocturnal Sleep-Related Eating Disorder (NSRED) is a disorder whereby the person involved sleep eat without even realizing they are doing it. This disorder is closely related to "Nocturnal Eating Syndrome" NES but the difference is that while in NES the person is completely awake and aware of his own bingeing and eating but those suffering from NSRED is sleeping and completely unaware of what they are doing. "This sounds really ridiculous, but its actually a disorder".

This normally occur in children. Kids who have rhythmic movement disorder, may head-bang, rock their bodies, jerk or roll their bodies while trying to fall asleep. Kids are usually unaware they are doing this.

Anybody can experience it but is mostly common in infants and toddlers. Most mother are often scared seeing their kids doing this while they are asleep. Anyway this is actually a disorder that does not require any strict medical attention because is something that can actually go on it own as the child ages.

Have you ever been jolted awake abruptly due to shaking or some falling sensation when asleep? If you always feel this way often then you may just be suffering from this sleeping disorder. Hypnogigic jerks, are involuntary jerks, jumps, or falling sensations that occur just as a person is about to fall asleep. The corresponding jerk is enough to cause someone to jolt awake and can sometimes cause the person to have difficulty going back to sleep due to anxiety about having another episode. It has been shown that people who often experience a stressful day or having irregular sleep patterns or excessive caffeine intake, can easily suffer from this disorder.

It is very common experience among many people, we all may have experienced it at least once in while. This disorder doesn't often require treatment however, it is usually encouraged to try to eliminate stress, caffeine intake, and have a good sleep pattern.

This is a very subtle way most people are recruited into alcoholism. Sometimes you feel like sipping a cup of alcohol just to send yourself to bed. While there may not be any problem attached to such if its occasional, there might be a bigger problems if it becomes a habit. People who have alcohol-dependent sleep disorder tend to use alcohol always as a sedative before bed time. They become dependent on it to fall asleep and this may actually enhance their daily thirst.