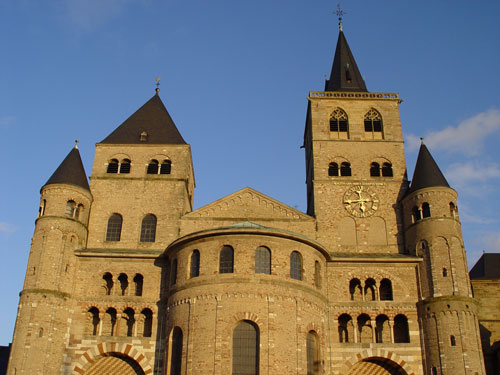 Church buildings have been the most reverend place in the world among Christians. Even when many realize that it is the congregations that matters and not the building, people still tend to give this place lots of regards because they believed it a sacred place where one can seek God's face.

Church buildings have been some of the most majestic building in existence. Hardly would you see anyone who cannot recognize a church at a glance when they see one. The most interesting thing about them is that they are built in such a way that they can stand the test of time.

Below are some of the oldest churches in the world of which many of them are still standing.

Hagia Sophia is a church building located in Istanbul, Turkey. It was built in the year 532 – 537 AD at the beginning of the Middle Ages, it was one of the earliest churches made with a massive dome which its was famous for. It was the world's largest church building for more than a thousand years and an engineering marvel of its time.

The Hagia Sophia building is still standing, its no longer a church but a museum. Of course that's what it should be by now - it totally deserved it.

Etchmiadzin Cathedral is the oldest cathedral built in the year 483 AD in Armenia. It is the mother church of the Armenian Apostolic Church, located in the city of Vagharshapat. According to most historians and scholars it was the first cathedral built in ancient Armenia, and is often considered the oldest cathedral in the world. The cathedral is still standing today and serves as a major shrine for Christians in Armenia with thousand of people going there regularly for tourism.

The Basilica of San Lorenzo Maggiore is a church built in 364 BC in northern Italy, Milan. It was built originally during the reigns of the Roman empire and was subsequently rebuilt and transformed several times over a number of centuries. It is one of the oldest churches in Italy which is still in operation. It was the largest circular church in the world at that time, and was the inspiration for Hagia Sophia, which we've discussed earlier.

The Cathedral of Trier was built in 340 AD in Trier, Germany. It is the oldest church in Germany and the largest religious structure in Trier, notable for its long life span and grand style design. It is a home of many relics including the Holy Nails that was said to hold Jesus to the cross when he was crucified and the Seamless Robes Jesus wore before his crucifixion.

The St. Peter's Basilica, is an Italian Renaissance church in Vatican City. It was built in the year 326-360 AD. The church was said to be Originally commissioned by the Roman Emperor at that time Emperor Constantine I who was named the Holy Roman Emperor. However, the church was rebuilt in the 16 century but still holding most of it attributes that it originally posessed when it was first built, example is the Tomb of St. Peter, who was a disciple of Jesus Christ.

Church of the Nativity

The Church of the Nativity is a basilica located in Bethlehem in Palestine. It was constructed in the year 325 AD. It was built exactly where Jesus Christ was born in Bethlehem, this made it a very significant place for all Christians all over the world.